The impact that SXSW has on the local economy is extraordinary. In 2015 alone, SXSW was responsible for injecting $317.2 million into the Austin economy. This is based on the two week event along with the year round operations. SXSW 2015 Conference and Festival participants totaled more than 130,000 people and featured over 2,000 bands and 400+ screenings.

2016 marks the 30th year of SXSW, and as usual, the hordes of spring-breakers, music, film, and tech aficionados prepare to descend upon our fair city this March. As a local Austinite, it’s always challenging navigating the dicey waters of free events, SXSW-sponsored showcases, panels, films, and happy-hours that happen throughout the two week conference. Wish you could stay close to the action at all times? Consider taking a look at some of the available properties downtown.

The truth is there’s so much to take in during SXSW, it’s difficult to decide what to do, what to see, and how to go about it. With years of SXSW experience under our belt, we’ve put together a complete guide of what expect from this year’s conference and the best way to navigate the festival. For road closures and other delays due to SXSW, follow updates on the City of Austin’s website.

Interactive is Becoming the Star of SXSW 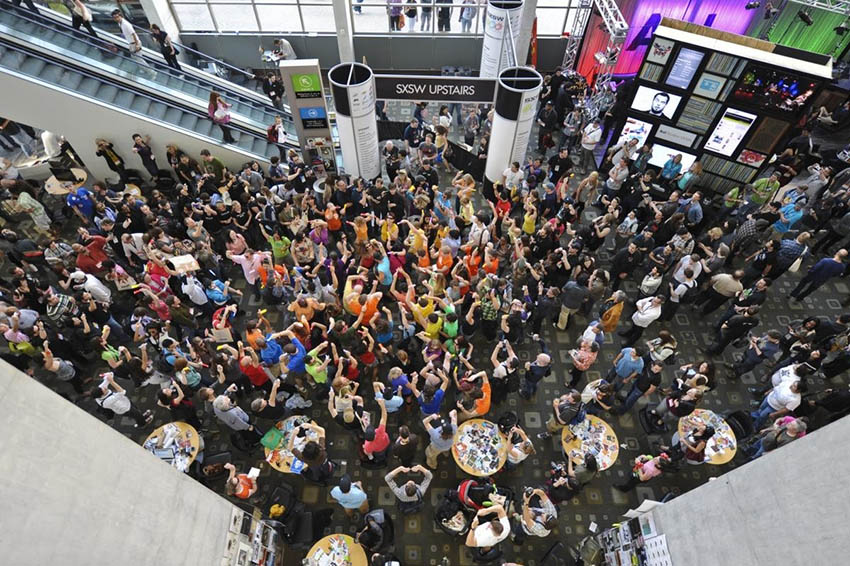 Over the past few years, SXSW Interactive has been on the cutting edge of tech culture. Responsible for hosting the launch of now omnipresent companies such as Twitter, FourSquare, Uber, and the writing career of Tim Ferriss, it’s almost a foregone conclusion that the next big company is going to launch at SXSW. This year there is going to be a stronger emphasis on the health and medtech industries, and virtual and augmented reality is predicted to explode in 2016 according to SXSW Trends.

To get a complete list of all the events going on during SXInteractive, you can check out SXSW’s Interactive calendar.

Planning Ahead for Music Week 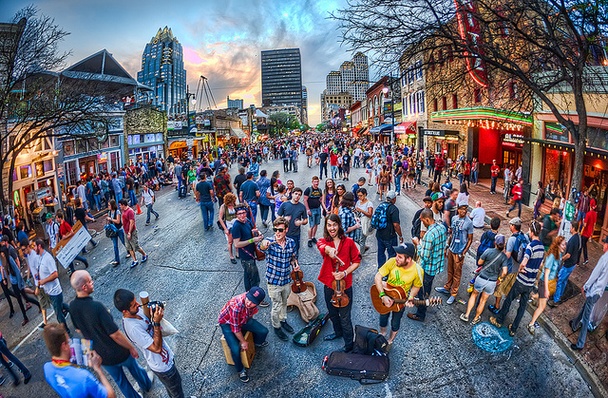 As usual, there’s just too much going on during SXSW music week to include it all in a single post. Luckily, there are plenty of resources, blogs, and apps that will help you curate THE BEST SXSW experience possible. The key is to plan ahead. Here are some sites and apps you can use to help schedule your week.

Do512.com – Over the past few years, local events blog Do512.com has worked really hard at compiling the massive glut of goings-on into a digestable and organizeable format. We highly recommend setting up a Do512 profile and starting to curate your ideal conference. This works for both official and unofficial SXSW events.

RSVPster.com – RSVPster is an automatic sign up service that (you guessed it) RSVP’s you automatically for over a hundred unnofficial events. If it requires an RSVP to get in, RSVPster will have it. It costs $40 to sign up for Interactive and Music events – more than worth it with the amount of time you’ll save from doing it on your own.

Unofficial SXSW – Conveniently located on your Facebook and Twitter feeds, Unofficial SXSW is the best way to catch up-to-date information on all the unofficial events happening in and around SXSW. Even though they’re not touting SXSW-sanctioned events, the folks who run it do a great job of being informative and staying up-to-date.

Between official and unofficial showcases, you can fill up your calendar quickly. Some official music showcases allow entry without a wristband or badge, instead letting people pay a ticket price before capacity is reached. If you’re going to try and do this, plan on standing in line for a while.

Austin is no stranger to film festivals. As the birthplace of the household film empire Alamo Drafthouse and their offshoot Drafthouse Films production company, Austin’s a bonafide cinema powerhouse. SXSW Film is the most affordable badge you can purchase at the conference (by about $100), and each year the featured films, shows, and speakers at the event continue to improve this film conference’s profile.

This year features over 100 screenings across 12 screening sections, with the world premiere of Richard Linklater’s “Everybody Wants Some” headlined as the Opening Night Film.

You can check out SXSW Film’s calendar here.

In many ways, Twitter has become the best way to stay up to date on what is going on during the SXSW mayhem. With tens of thousands of people in Austin and countless brands/blogs/businesses hosting free, secret shows, finding SXSW success becomes a matter of who’s paying attention to the right people at the right time. All that separates the people that got into last year’s secret Prince concert from those who didn’t was a good Twitter feed. So in order to prevent our readers from missing out on any shows, food, or news we’ve put together a complete list of who you should be following to keep you up-to-date on the SXSW frenzy. Don’t miss out on a thing this year!

While enjoying SXSW, don’t forget to view homes for sale in Austin, TX.