Travis Heights is a historic Austin neighborhood located in South Austin. Originally founded in 1912 by Newning, Swisher, and General Stacy, large development of the neighborhood did not begin to expand until the late 1920s. Stacy Park, located along Blunn Creek, was donated by Stacy. The “Big Stacy” spring-fed pool also bears his name, which was built as a WPA project during the Great Depression. Travis Heights was originally built as an exclusive district for the wealthy, but the neighborhood is now a mix of mansions, cozy homes, and hip apartments. As one of the most desirable areas in Austin due to its proximity to South Congress, Downtown Austin, Blunn Creek Nature Preserve, and major freeways, Travis Heights is one of the best positioned neighborhoods in the city.

Boundaries: Lady Bird Lake on the north, I-35 on the east, South Congress Avenue on the west, and Oltorf Street on the south.
Schools: AISD – Travis Heights Elementary School; Fulmore Middle School; Travis High School
Price: Average price as of June 2014 is $960K

Located in South Austin, Barton Hills encompasses part of 78704. William “Uncle Billy” Barton set up his home near the natural spring in 1837, naming them after his daughters Parthenia, Eliza, and Zenobia. Although the names for the springs didn’t stick, William’s surname did, and today the springs are known as Barton Springs. The surrounding neighborhood also gets its name from William Barton. The neighborhood didn’t establish until the 1940s, and by 1956 Barton Hills was featured in Austin’s Parade of Homes as “the world’s largest air conditioned subdivision,” which was likely appreciated in the hot Austin summers. Primarily residential, Barton Hills’ oldest homes date back to the 1940s when the neighborhood was originally founded. The area has numerous attractions including the Barton Creek Greenbelt and the Umlauf Sculpture Garden and Museum. If you head up a little north you’ll hit Barton Springs Pool which is naturally spring-fed from Barton Creek

Boundaries: South Lamar and Zilker to the east, Barton Spring Road and Zilker Park to the north, Barton Creek and Spyglass-Barton’s Bluff to the west, and Capital of Texas Highway to the south
Schools: AISD – Barton Hills and Zilker Elementary Schools; O. Henry Middle School; Austin High School
Price: Average price as of June 2014 is $873K

South Congress is a nationally-known shopping and cultural district famous for its countless eclectic retailers, restaurants, music venues, museums, and food trucks. From a country road in the 1850s, South Congress Avenue has transformed into a local attraction with an unobstructed view of the Texas State Capital. Congress Avenue did not expand south of the River until 1852 when James Swisher donated his land for a road that was used as the main highway to San Antonio. However, construction slowed in the 19th century and it wasn’t until 1920 that the South Congress Bridge was built allowing the first option for transportation over the Colorado River. By 1931, South Congress was paved all the way the the railroad, which is now Ben White Boulevard/TX-71. In 1938, the Austin Motel and Hotel San Jose opened, and one of Austin’s first “strip” shopping venues, Twin Oaks Shopping Center, opened shortly after. Late in the 80s, small eclectic retailers started popping everywhere on SOCO, attracted by the cheap rent. Current area attractions and legendary places include but are certainly not limited to: Allens Boots (1977); Lucy in Disguise with Diamonds (1984); South Congress Cafe (2003); Hey Cupcake (2007); Guero’s (1995); and Home Slice Pizza (2005). If you want to explore SOCO, First Thursdays is a community event held the first Thursday of every month where business stay open to at least 10 PM, and many offer special discounts for the occasion. The well known private university, St. Edward’s University, is also located on South Congress.

An older neighborhood in Austin, Bouldin Creek was developed at the turn of the 20th century. Homes from its beginning still proudly stand in Bouldin Creek with historic charm. This neighborhood is highly diverse with many different cultures, backgrounds, and types of architecture. Because of its prime location to downtown, many parts of Bouldin Creek have changed, but the historic nature of the neighborhood and its variety of inhabitants ensure that it’s never boring. For proof, look no further than Bouldin Creek’s well known resident, David Ansel, who left his tech job to become The Soup Peddler who sold soup door to door on his bicycle. His odd career adventure is now a successful business. Historically, you can find famous activist John Henry Faulk’s former mansion, now known as Green Pastures. In the South First area of Bouldin Creek there are numerous Mexican bakeries, tattoo parlors, art galleries, and many random shops which show the residents desire to support local mom and pop shops. The neighborhood is also well known for housing the Texas School for the Deaf, a massive campus that is bounded by South Congress, Elizabeth Street, Barton Springs Road, and South First.

The first land transaction in Sunset Valley did not take place until 1835, and it wasn’t until the early 1950s when the community was actually developed. Clarence and M.H. Flournoy purchased a large piece of land that became a residential subdivision. The area was nestled in rolling hills in a wooded valley on the western edge of Austin, which inspired the name of this small city. During the 60s, city services started to begin development, and natural gas lines and paved roads started popping up. By 1977, Sunset Valley built it’s city hall, and two years later it had its own police station. As late as 2001, the U.S. Postal Service recognized Sunset Valley as a destination for mail delivery. 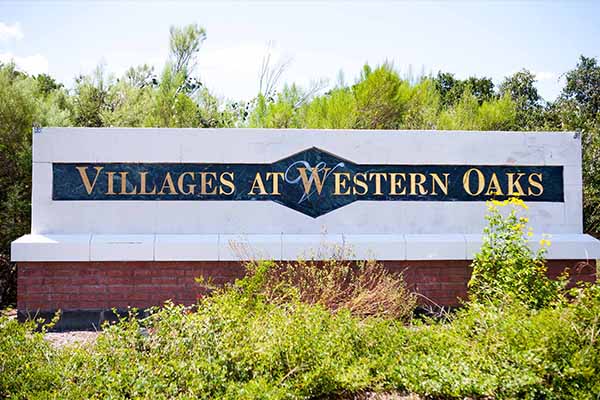 Don’t see your South Austin neighborhood on this list? Feel free to leave it in the comments below and tell us why you think it’s the best place to call home in South Austin!