Realty Austin was livin’ the dream in 2015. Our website won 2nd best real estate website in the nation by REAL Trends. Our very own Northwest Market Manager, Romeo Manzanilla, was appointed to the Board of Directors of Austin Board of REALTORS® (ABoR) for a three year term. Realty Austin was featured in The Faces of Austin by Austin Monthly and Jonathan Boatwright was interviewed by KXAN about providing closing price data online. Realty Austin had a great 2015 and we look forward to what the new year brings to our amazing team of top-producing agents and support staff! 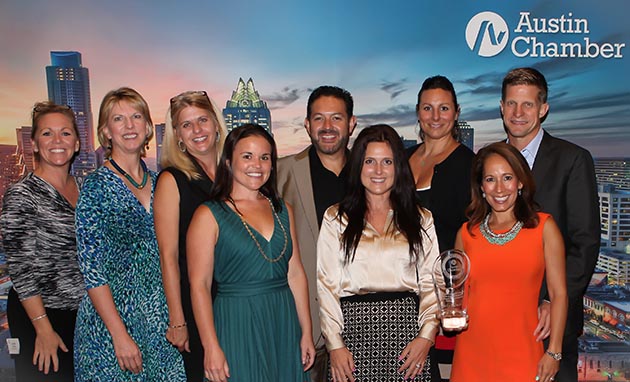 Realty Austin received the Community Relations award of excellence from the Austin Chamber of Commerce at the 15th Annual Greater Austin Business Awards. This award recognizes business leaders that support and develop their local community through philanthropy and outreach by demonstrating a successful approach to corporate social responsibility.

Realty Austin wins no. 1 at the Austin Young Chamber of Commerce’s annual business awards. The 6th Annual FAVE Awards honored Realty Austin as the top winner under the Austin ‘Local Living’ category at the black-tie gala held on November 14. 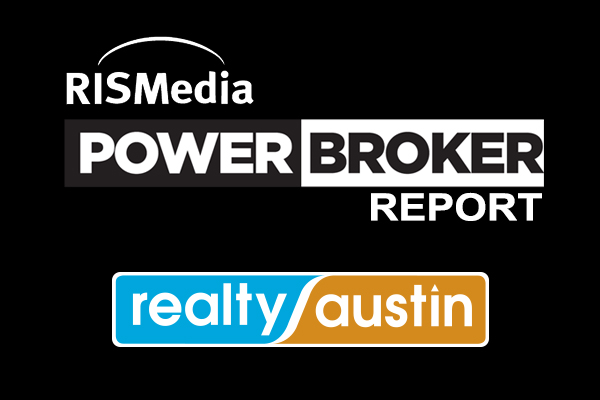 Local game-changer Realty Austin wins no. 99 on sales volume with $1.65 billion and no. 119 on transaction volume with 4,795 closed deals for 2014. The 27th Annual Power Broker Report is an annual ranking of the nation’s top residential real estate brokerage firms by RISMedia. 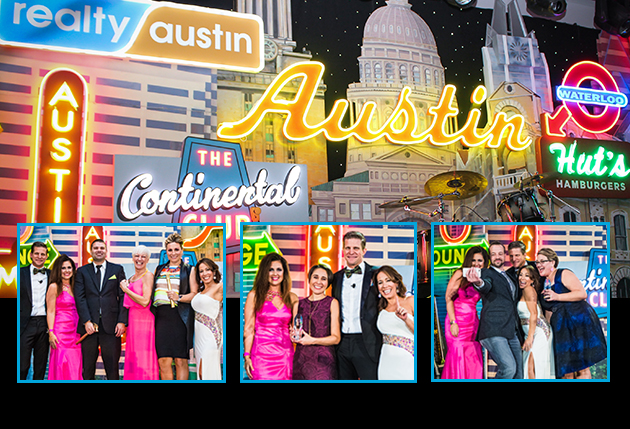 On December 4, Realty Austin celebrated our team’s achievements with an awards ceremony and dance party at the JW Marriott. Congrats to Realty Austin’s success in 2015 and cheers to livin’ the dream in 2016! Relive the moments in our winter party video and Facebook photo album. 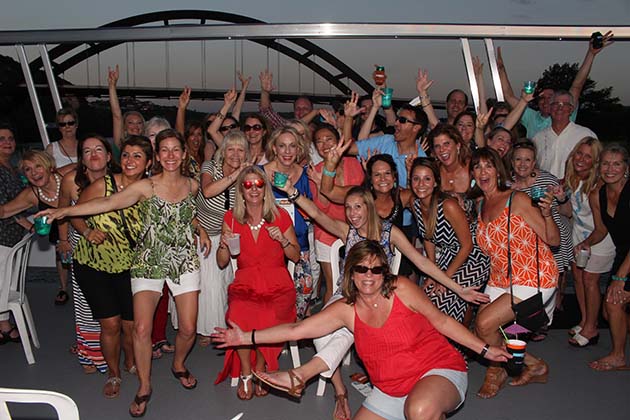 From a private party at Deep Eddy’s Distillery and Tasting Room to dressing up as superheroes and skating the night away at Playland Skate Center, Realty Austin celebrated our hard working agents this summer in style. Check out the photos from the Summer Agent Appreciation Parties in our Facebook album. 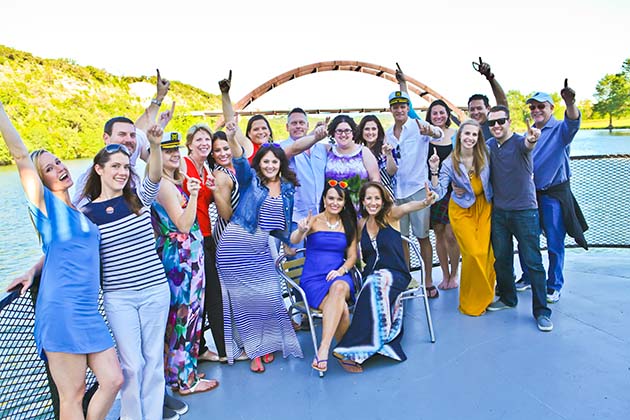 On April 29, the Realty Austin support team set sail with The Boatwright’s on their Love Boat. Jonathan and Yvette Boatwright celebrated their staff with a dinner cruise around Lake Austin. Visit our Facebook album and see just how much we love our staff! 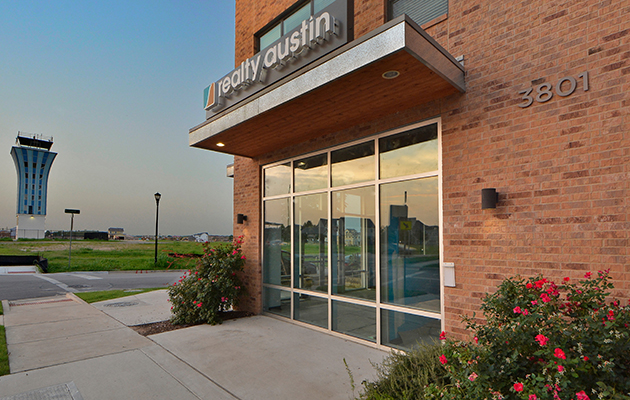 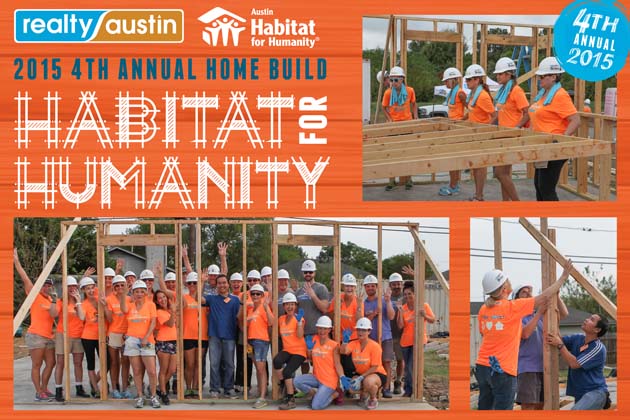 Realty Austin kicked off construction on our fourth Austin Habitat for Humanity Home Build on September 9 and dedicated the home to the Ku family on November 14. Visit our Facebook page to view photos of our progress and the 250 volunteers from Realty Austin who helped complete it. 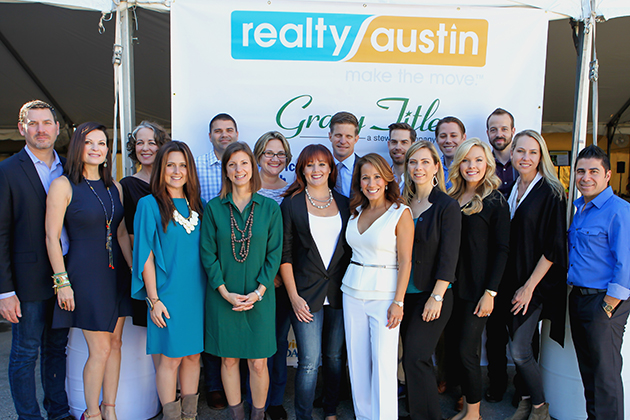 Realty Austin and Foundation Communities celebrated a milestone of nearly $1,000,000 in total funds pledged at the Welcome Home Luncheon fundraiser with the help of Realty Austin’s $50,000 match fund. Since 2012, Realty Austin has provided $210,000 in match funds for the annual fundraiser. 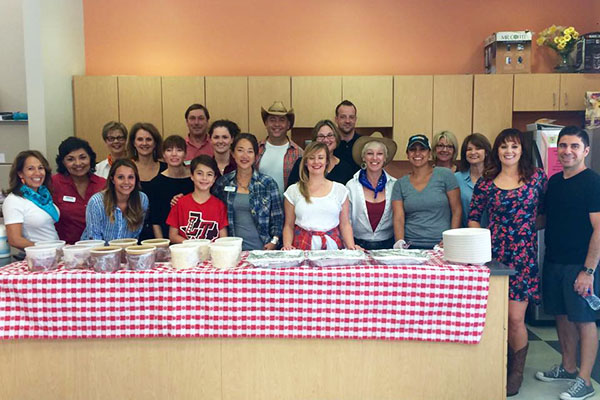 Realty Austin agents and staff joined Foundation Communities to host a fifth and sixth installation of Supper Club! Both times, the volunteers from Realty Austin served a finger lickin’ good BBQ dinner from Rudy’s to over 100 parents and children involved in the program. 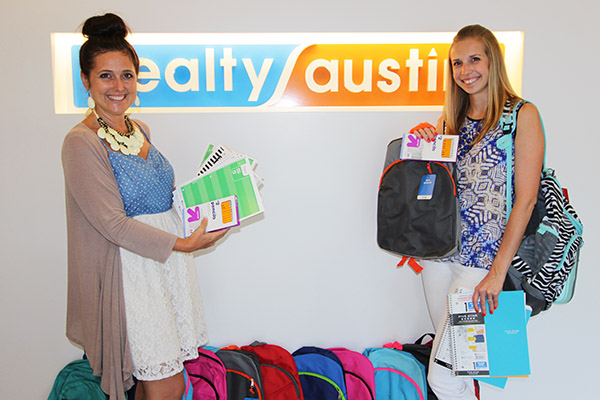 Our 2015 School Supply Drive, with the help of our staff and agents, donated over 50 backpacks, and hundreds of dollars worth of school supplies for many families in need! Thank you to all who participated and helped children get a jump start on the 2015-2016 school year. We are so grateful for your support! 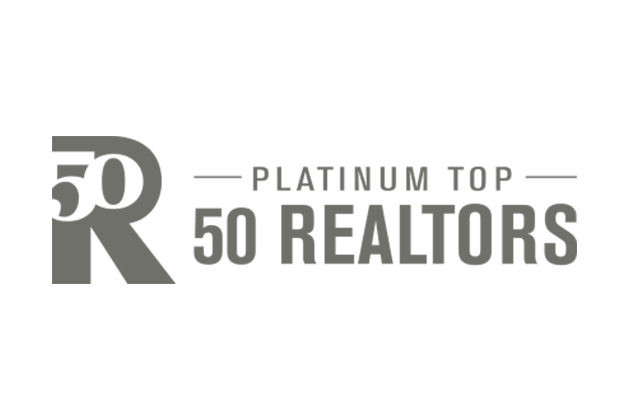 Realty Austin, an award-winning Austin-based real estate brokerage and no.1 Best Places to Work, congratulated 23 agents on its roster who were finalists and 7 winners for Platinum Top 50 Award in Austin. The program is designed to recognize and honor individual’s professional and leadership accomplishments. 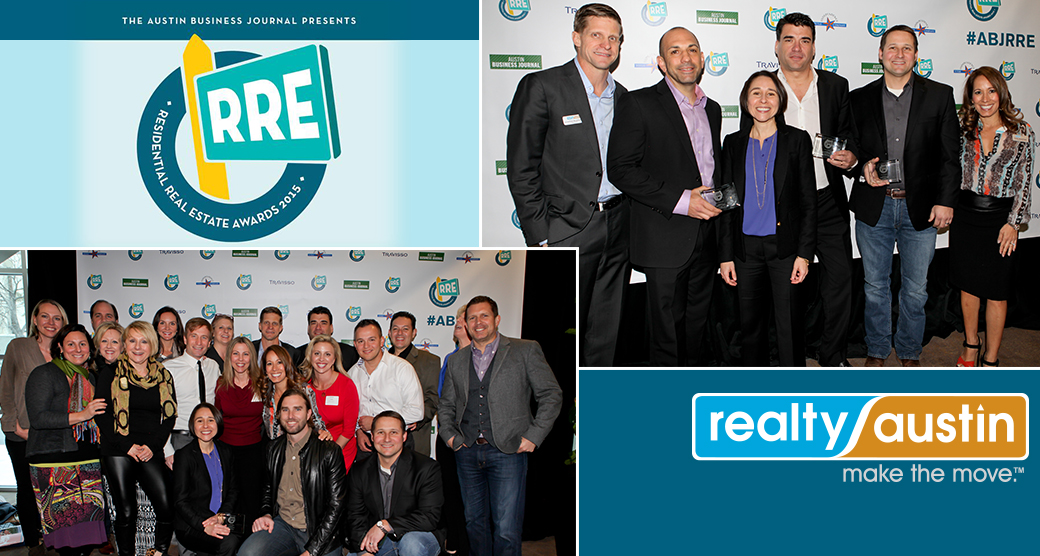 Realty Austin was proud to announce that agent Lisa Muñoz earned the top spot in Austin on the National Association of Hispanic Real Estate Professionals (NAHREP) fourth annual report of the nation’s Top 250 Latino real estate agents. Muñoz was noted as number 56 of top agents in the country for achieving 93 transactions in 2014. 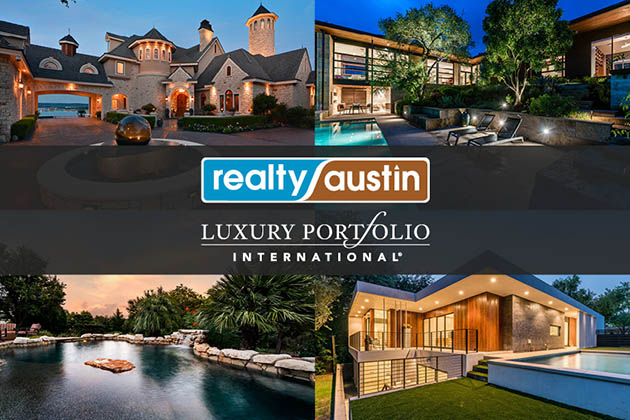 Realty Austin announced it joined Luxury Portfolio International®, the fastest growing luxury property network, with more than 200 affiliate companies around the world and more listings over $1 million than any other luxury real estate organization.

Austinites can list plenty of reasons why our city is great but if you ask them to make a list of 31 reasons it might take little longer. WalletHub, a site dedicated to consumers making better financial decisions, made that list for all of us. After crunching the data, the results proved Austin reigns supreme as the number one choice from over 60 cities across America.

Austin is Best City to Invest in Housing in 2015

Forbes rolled out list of top cities to invest in housing for 2015 with Austin listed as the heavyweight champion. Of the 105 largest metropolitan areas scanned by LMM, Austin came in first place with its population growth of 8.9% and jobs growth of 3.6%, surpassing national rates of a mere 2% for both. 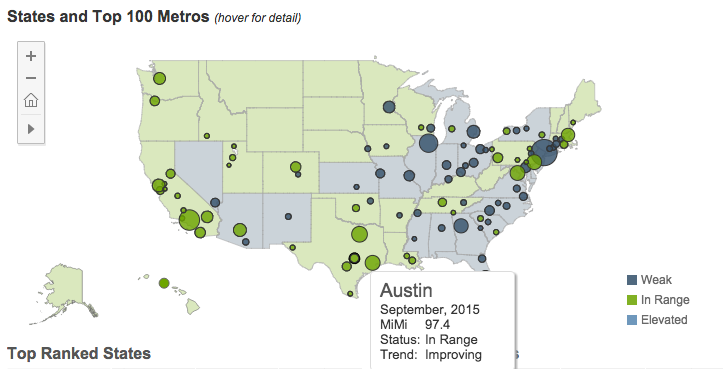 Among the top 100 metros, Austin ranks 2nd for the month of September, unchanged from last month and increasing 1 spot from a year ago, on Freddie Mac’s “Multi-Indicator Market Index® (MiMi®). Austin’s MiMi value is in range and improving increasing 2.4% over last 3 months and 10.18% over last year.