Realty Austin and its co-founder Jonathan Boatwright were named to the annual Swanepoel POWER 200 list of the most power people in residential real estate. Boatwright and the company he co-founded with wife Yvette are featured on the Top 20 Trendsetters list comprised of innovators, dealmakers, and those that are anticipated to make a difference in the industry. 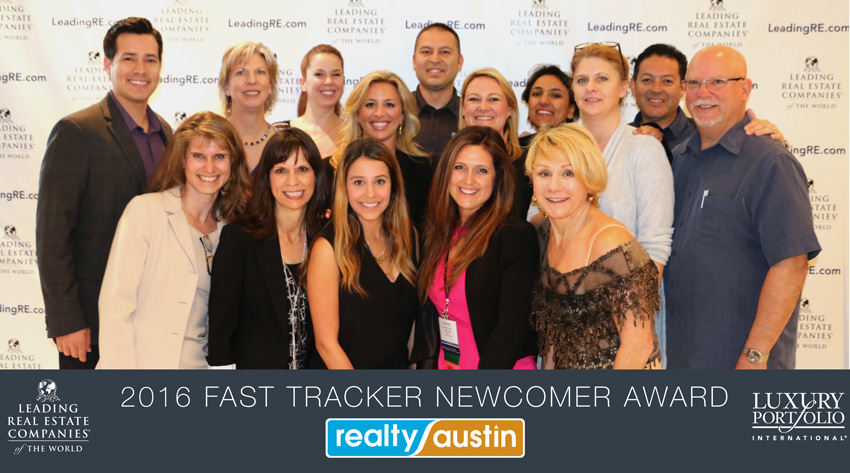 Realty Austin was the winner of the prestigious Newcomer Award presented by Leading Real Estate Companies of the World®. The honor was awarded as part of LeadingRE’s Summit at the Fontainebleau Miami Beach, which has attracted a distinguished audience of nearly 2,500 real estate professionals from 25 countries annually.

Realty Austin is pleased to announce 14 individual agents and 6 teams from their roster were nominated for ABJ’s 2016 Residential Real Estate Awards. Lisa Muñoz, Todd Grossman, and Adam Walker were awarded top honors at the annual ceremony. A Top 10 recipient since 2009, Grossman was presented with the no. 9 award in the individual category with $26,357,726 million in 2015 sales production of 47 transactions.

Realty Austin climbed up the ranks of the 2016 REAL Trends 500 report earning the company its place among the nation’s most powerful residential real estate brokerages. The brokerage moved up to no. 90 on the report as a result of its $2 billion sales volume from 5,678 closed transaction sides in 2015.

Realty Austin helped raise $115,000 in ticket sales and sponsorships for the Austin Children’s Shelter by signing up to be the presenting sponsor of Touch-a-Truck. The annual event at Camp Mabry had a total attendance of 5,300 attendees and over 90 trucks, heavy machinery, and specialty cars on display open to the public. 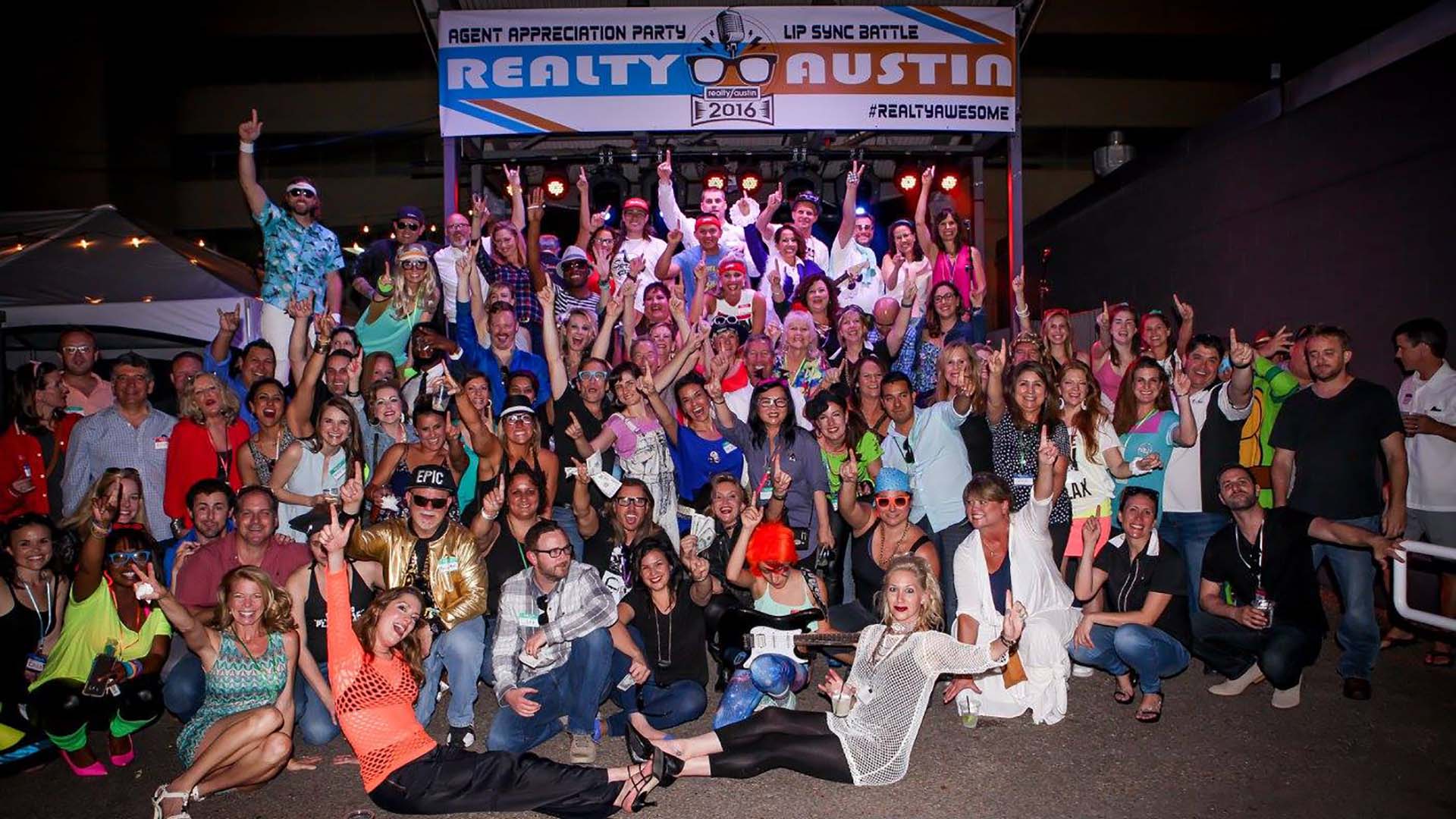 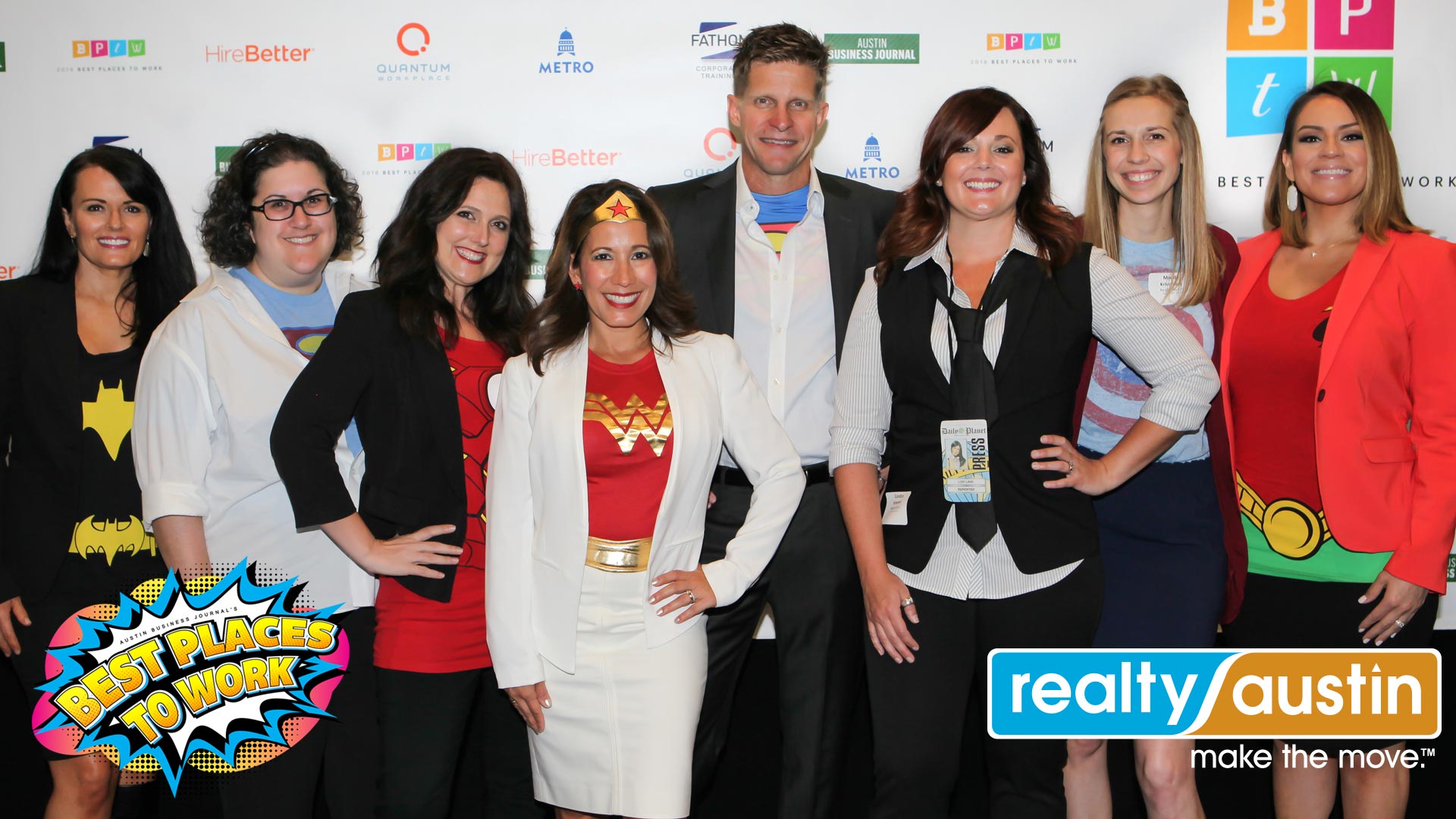 Realty Austin is named one of Austin’s Best Places to Work in Central Texas by the Austin Business Journal. The company’s laser focus on technology, customer service, and philanthropic culture were cited as reasons why Realty Austin was named one of 2016’s Best Places to Work in Austin, Texas. The company has ranked in the Top 3 for the past five years. 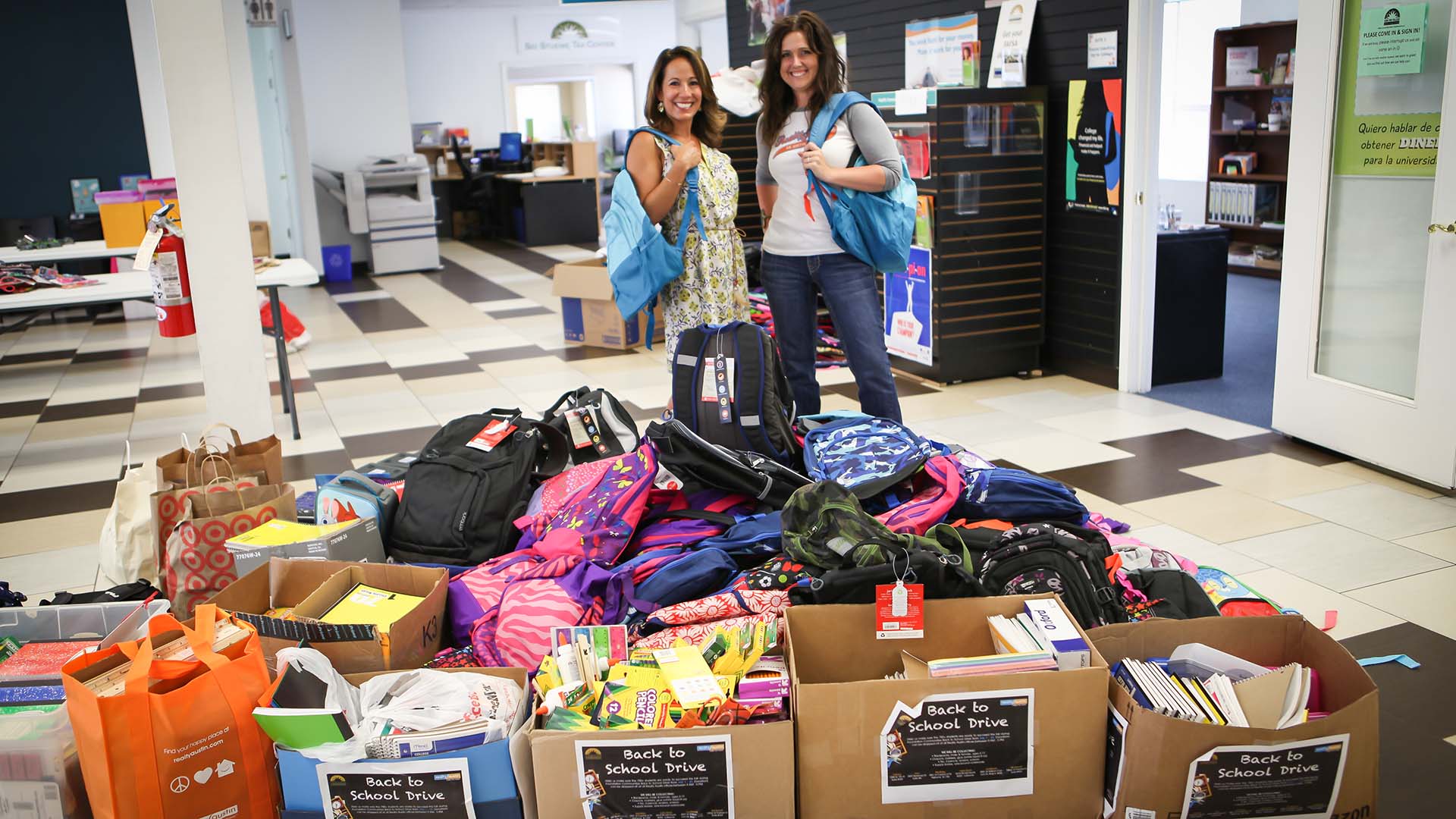 Realty Austin’s gift of 144 backpacks and 6 boxes of school supplies will ensure that each of the 800+ children served in Foundation Communities after-school program gets a jumpstart on the 2016-2017 school year by providing them with the tools they need to succeed. 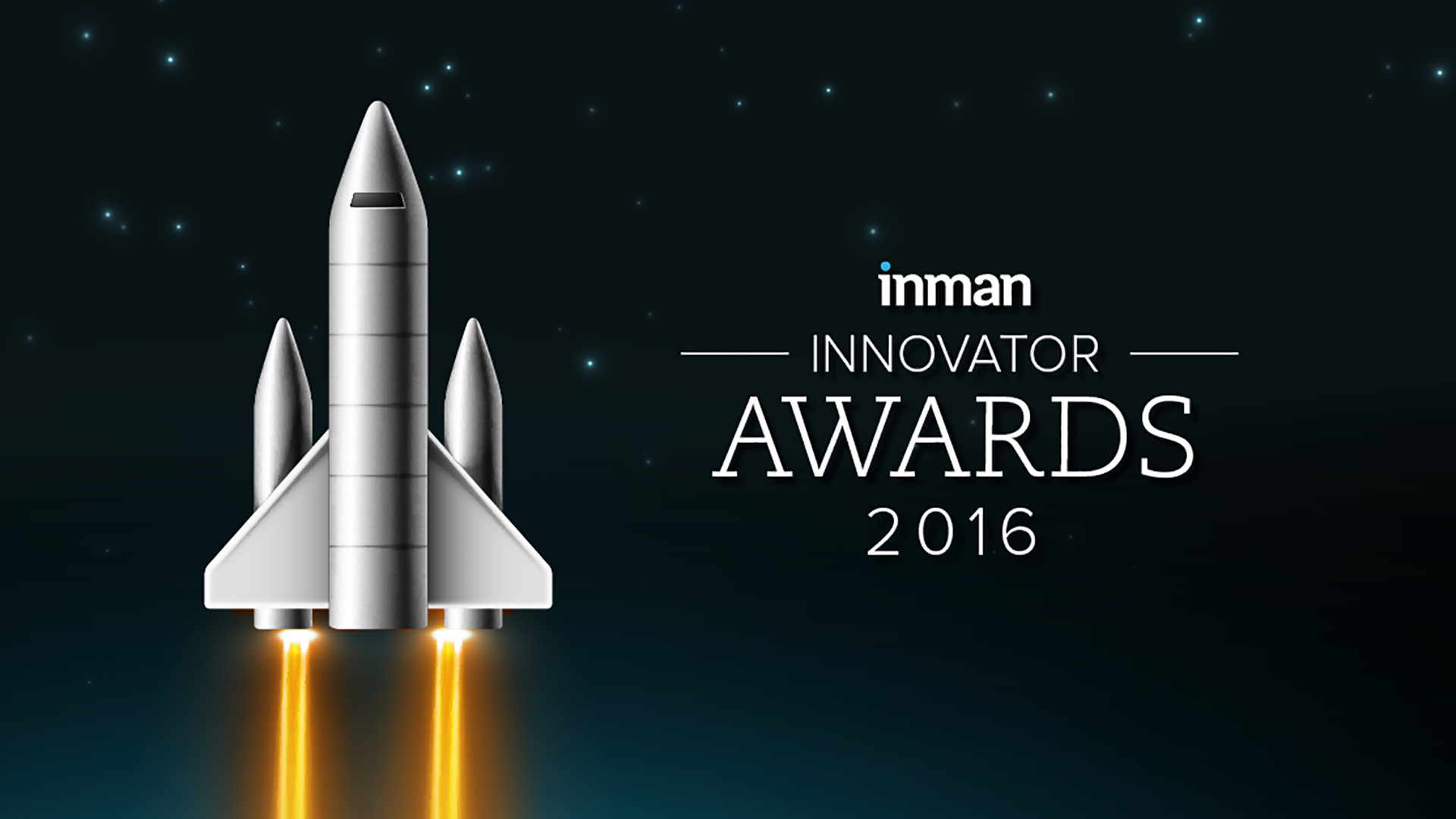 Realty Austin was among 21 national finalists for the Most Innovative Brokerage by Inman News. The Inman Innovator Awards recognize companies that develop tools to help improve the real estate experience through the use of technology and innovation.

Realty Austin was honored by the Austin Chamber of Commerce as a finalist for the Executive Leadership Award at the 16th Annual Greater Austin Business Awards. 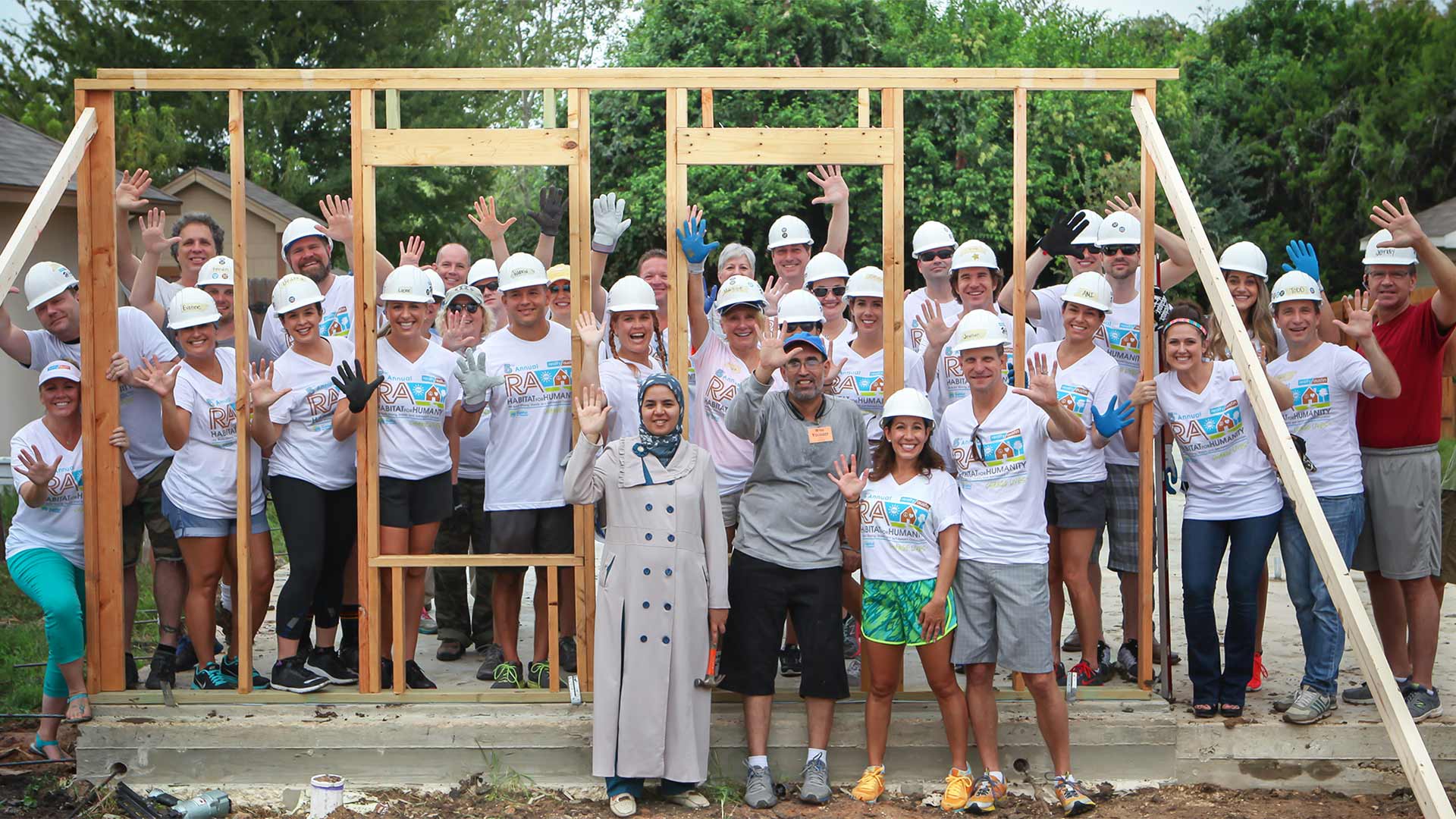 Realty Austin raised the walls on our 5th annual home build for Austin Habitat for Humanity on the morning of Wednesday, September 7, 2016. Our team kicked off construction by raising the exterior walls of the new home being built for Youseff and Ouafa Moujani and their three boys; Ameur, Yazid, and Assim. 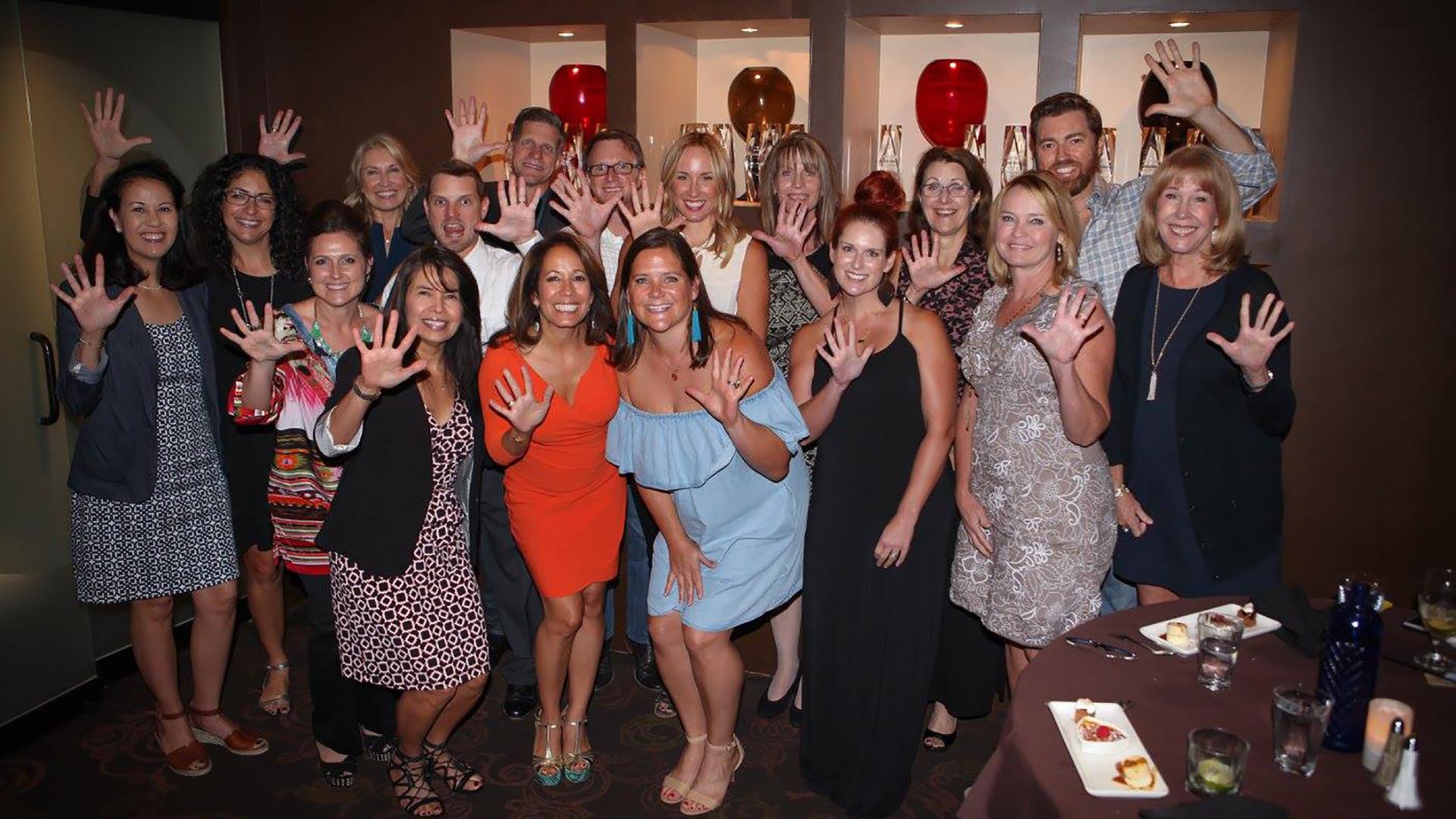 On September 23rd, Realty Austin hosted its third luncheon to recognize 25 agents who have dedicated 5+ amazing years of their real estate careers to our team. 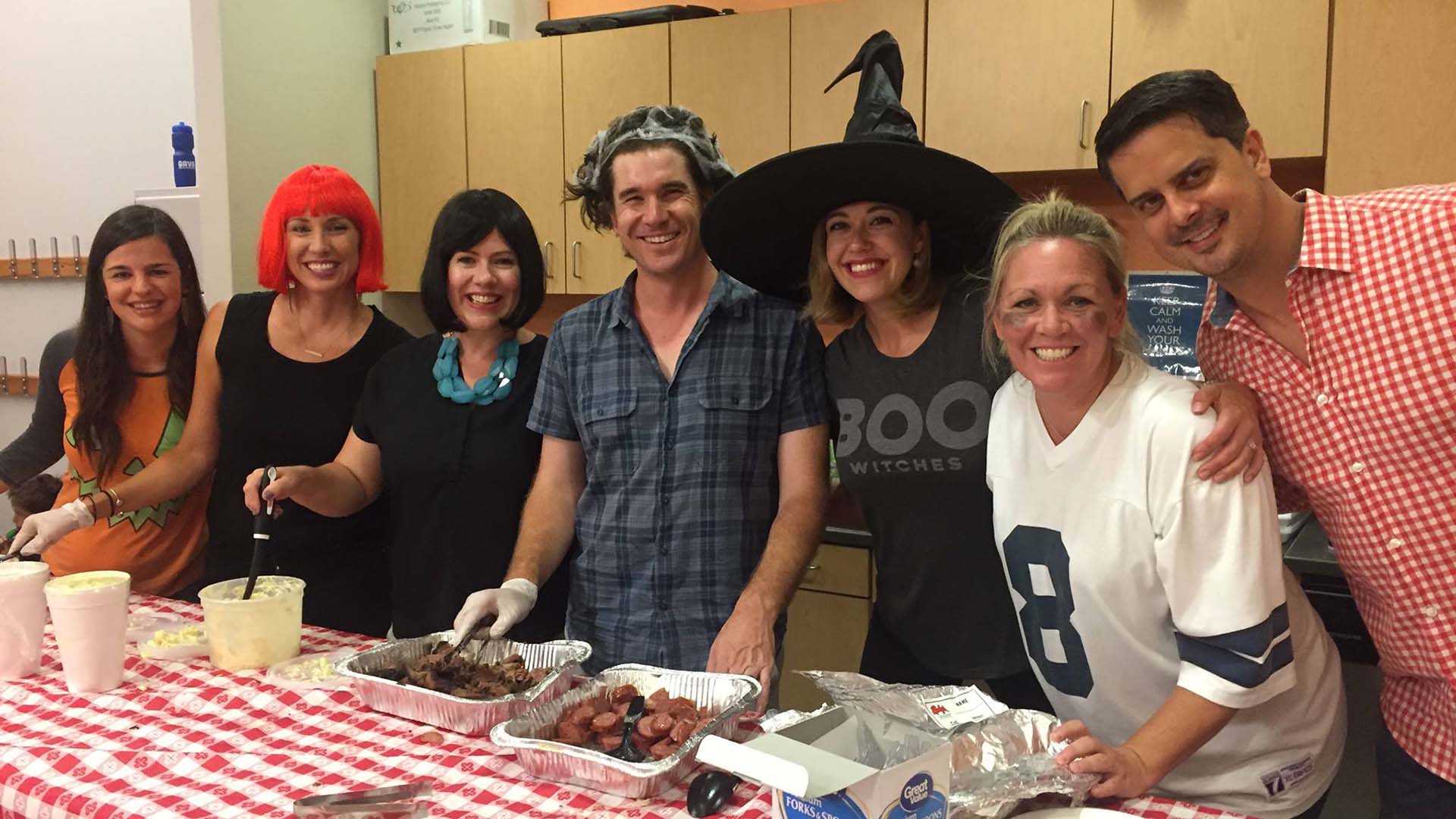 Realty Austin agents and staff joined Foundation Communities to host a 7th and 8th installation of Supper Club! Both times, the volunteers from Realty Austin served a finger lickin’ good BBQ dinner from Rudy’s to over 100 parents and children involved in the program. 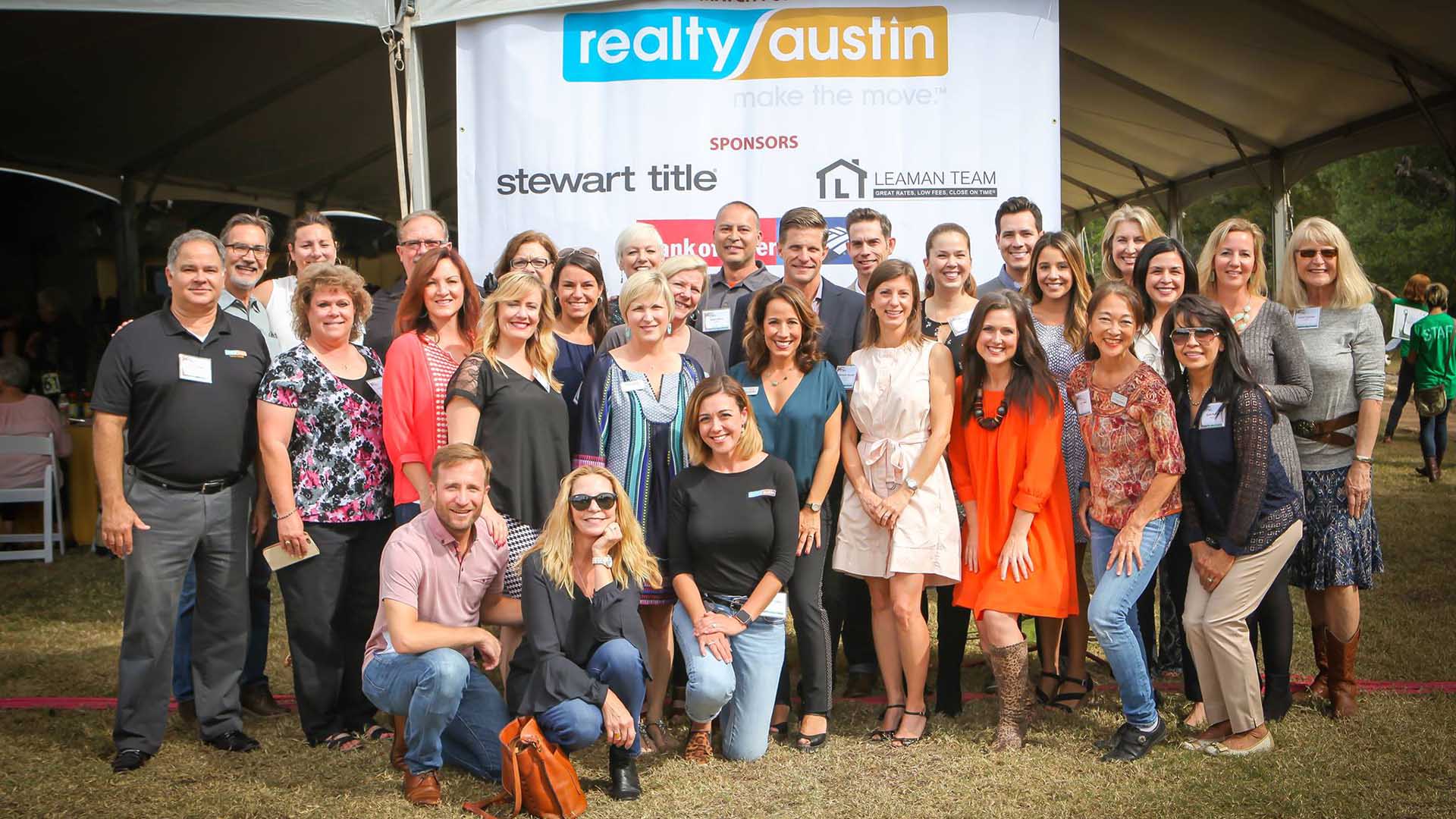 Realty Austin strengthened its support for Foundation Communities by increasing its annual match fund sponsorship to $75,000! On October 25, 2016, Realty Austin encouraged its friends to become ‘Home Builders’, multi-year donors who enable the organization to grow in planned, strategic ways over time. Since 2012, the company has helped inspire a record amount of pledges at the nonprofit’s annual ‘Welcome Home Luncheon’ fundraiser. 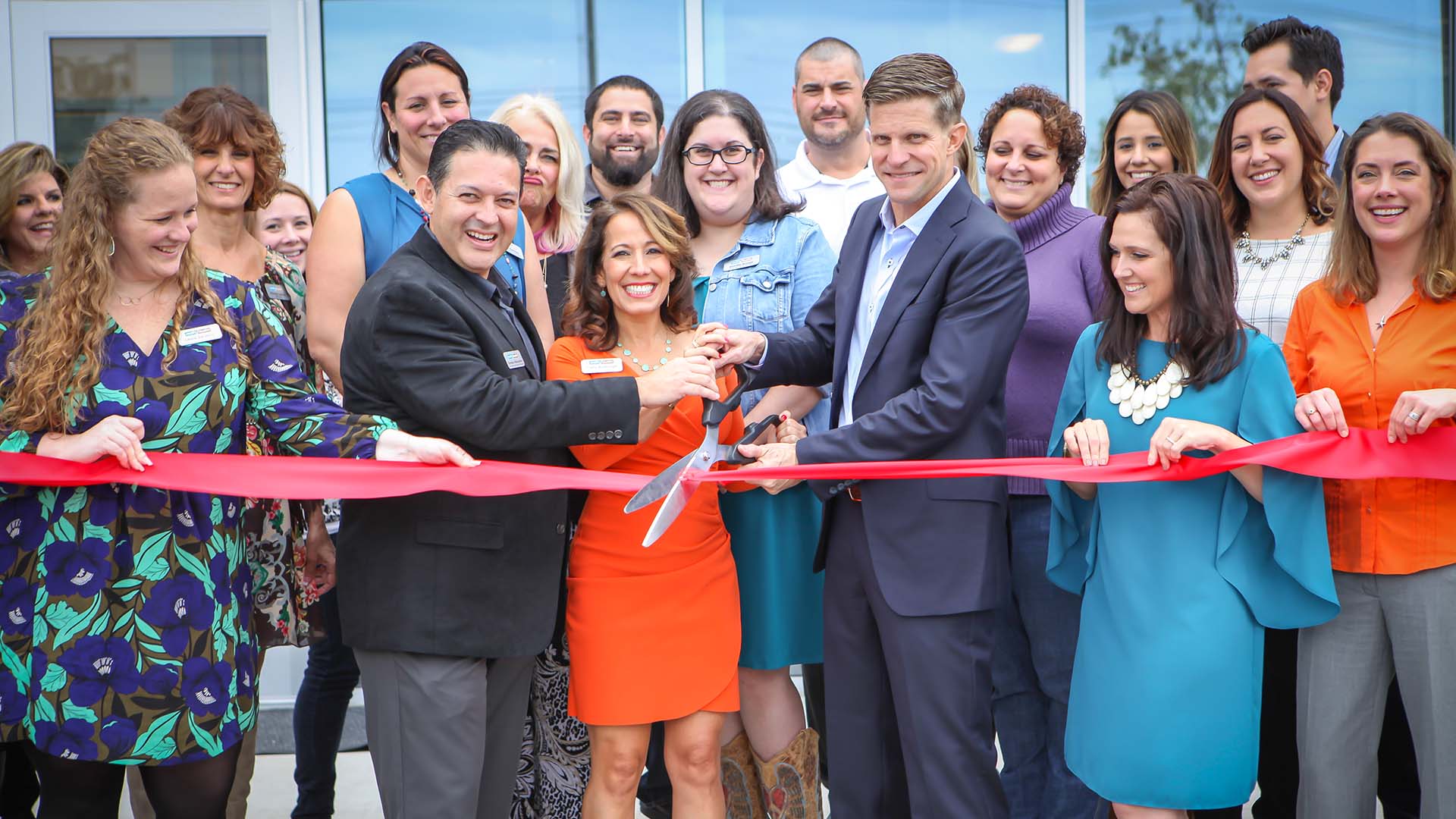 Realty Austin opened the doors to a new location in the city of Round Rock, right outside the thriving Teravista community at the corner of University Boulevard and Sunrise Road. With company sales already exceeding $250 million per year in Round Rock, and a #2 market share position, Realty Austin is already firmly positioned in the community. 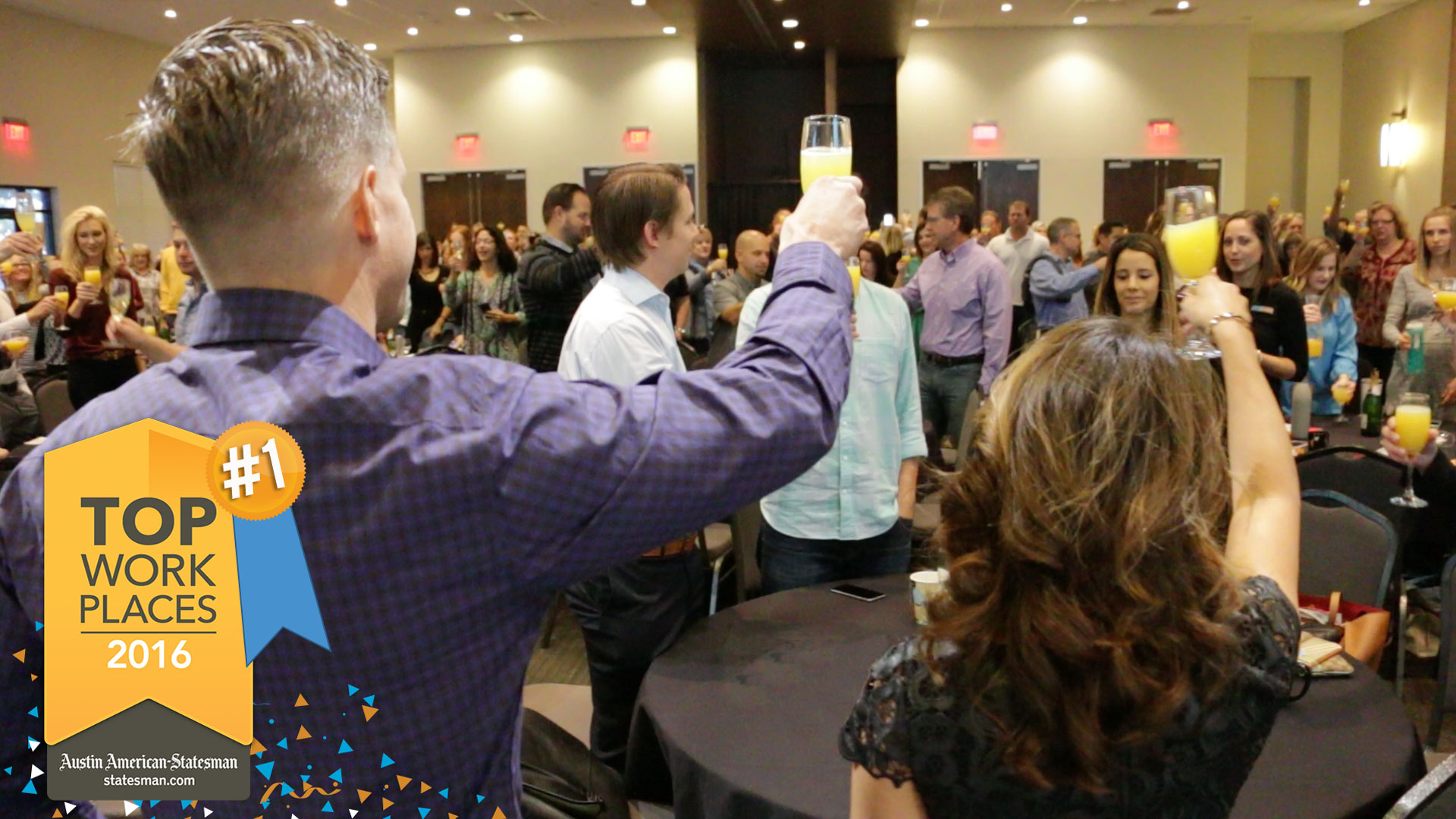 Realty Austin is proud to be named the #1 Workplace of 2016 by the Austin-American Statesman. We thank our incredible staff that works behind the scene to make the gears turn and have been the secret sauce that has allowed this company to be named a top workplace 5 years in a row. 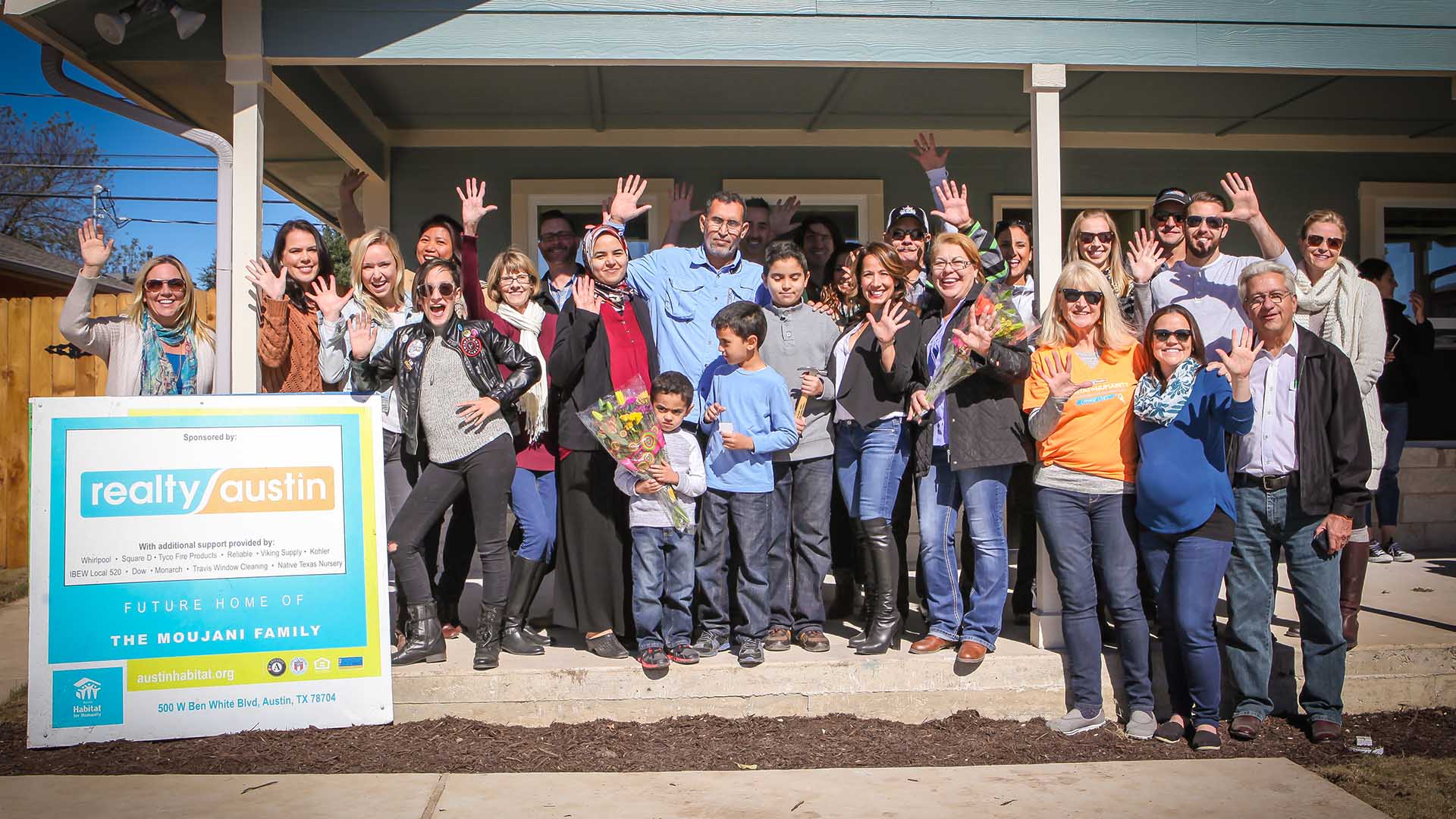 Realty Austin dedicated its 5th Annual Realty Austin Habitat for Humanity home to a deserving family on November 19, 2016. As part of the company’s mission of giving back, Realty Austin and its team of agents, clients and industry partners donated over $85,000 to sponsor and build the home.

On December 2nd, we were honored to celebrate the accomplishments of our team at our annual Winter Party. Similar to the Academy Awards, Realty Austin’s Winter Party Awards Ceremony acknowledges agents that have achieved recognition on our team for their incredible performance in Austin. 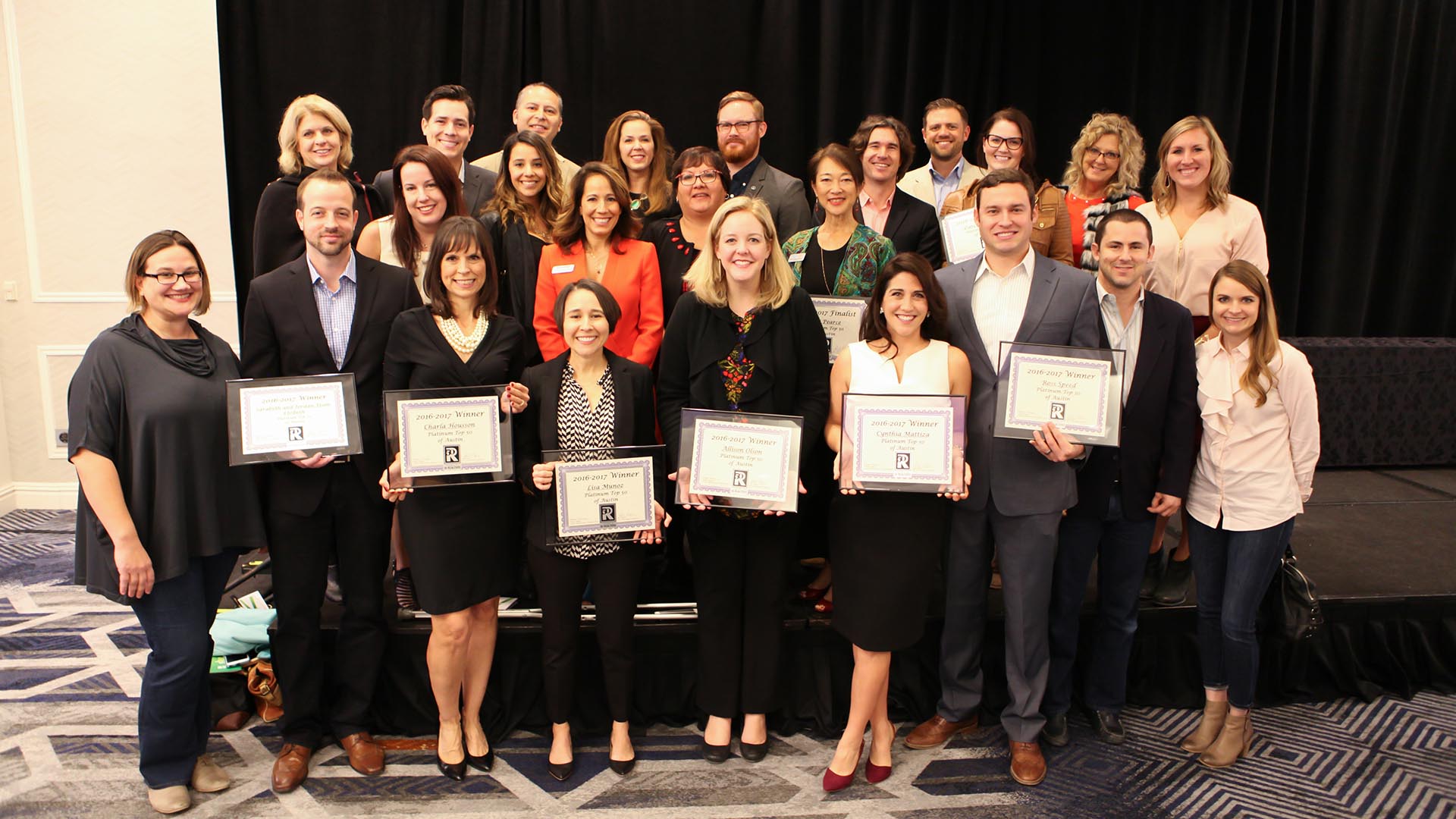 Realty Austin congratulated 35 agents on its roster who were finalists for Platinum Top 50 Award in Austin. Of those REALTOR® finalists, 9 Realty Austin agents won at the annual awards ceremony.