Based on overall sales, Realty Austin’s no. 1 individual top producing agent Adam Walker was awarded top honors. After joining Realty Austin in 2014, Adam coined the phrase #shouldamadethemovesooner after over doubling his business upon joining the company.

Realty Austin’s no. 2 individual top producing agent was Brian Copland. Previously the owner of his own brokerage, Brian realized he wanted to focus on selling rather than running a brokerage. Since joining, Brian steadily increased his year-over-year sales and is now a Ninja, perennial diamond clubber, a PT50 finalist and a proud father of 3.

Realty Austin’s no. 3 top producer was Dustin Lawless with a break-out in closing 2 luxury leads since joining the company in 2018. Dustin has been a real estate agent in Texas since 2004, coming from a family of real estate professionals. Determination, honesty, and integrity are the guiding principles by which Dustin conducts his business and interacts with his clients.

Realty Austin’s Top 10 is completed by:

The no. 1 Top Producing team company-wide at Realty Austin was the Lisa Muñoz Team. As the original RA Ninja, this team has more than doubled their sales since joining Realty Austin in 2011.

The no. 2 Top Producing team company-wide in 2019 was Joe and Cara Keenan, and no. 3 was the Gail Huebel and Ben Pierson Team. 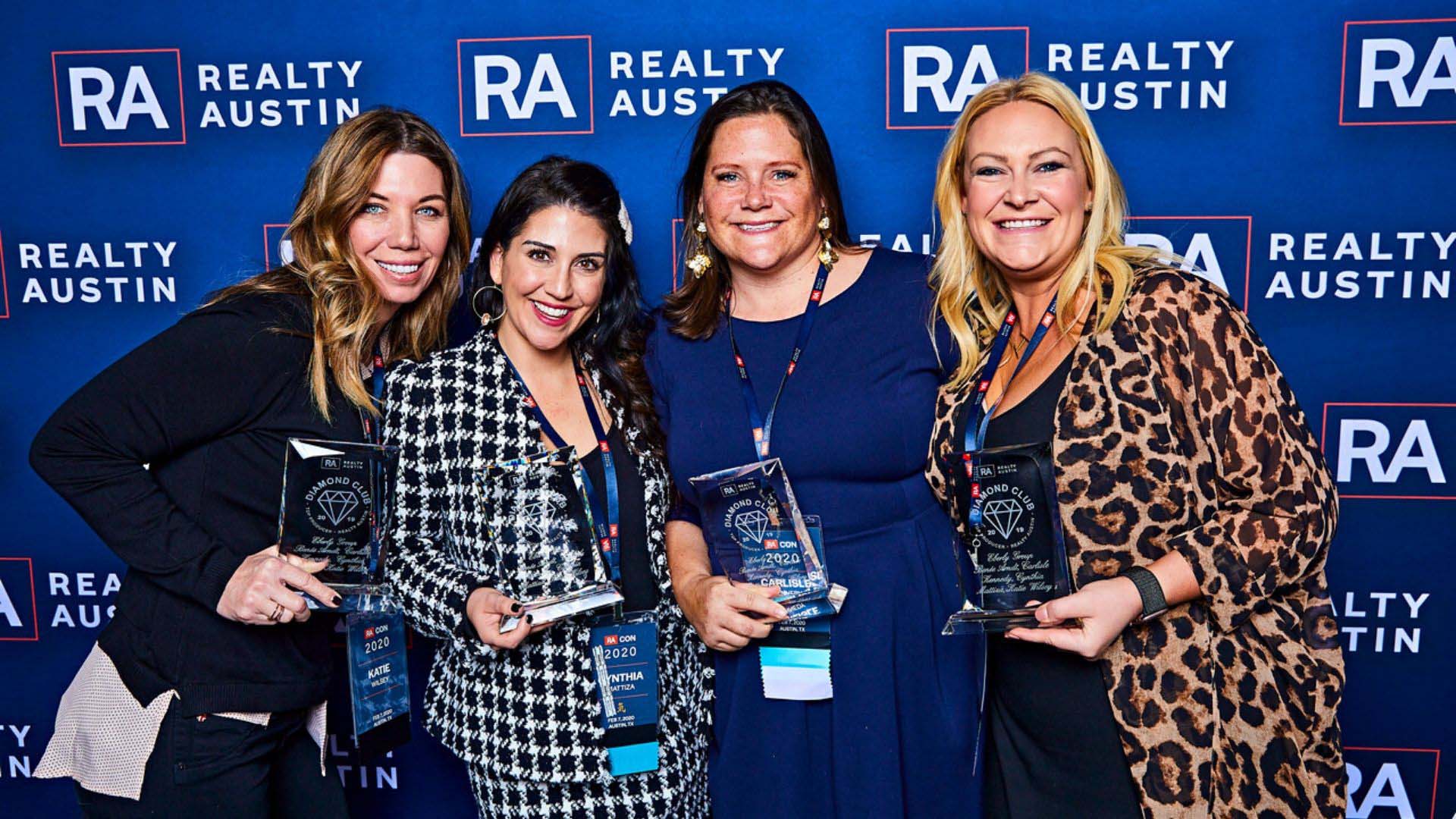 The RA|Effect award recognizes a top achiever who has been on the Realty Austin team less than two years and achieved the biggest increase in sales since joining.

Realty Austin North RA|Effect  Award recipient is Chris Heagerty. She is also one of the company’s top company lead closers.

In addition, the Realty Austin team awarded its team members with Superlative Awards for outstanding performances in unique areas.

Each year the Realty Austin Team Spirit award is given to an agent who is always a cheerleader for Realty Austin, shows up at all company events, and truly exudes #realtyawesome.  Kelvin Glover was voted by his peers as the 2019 recipient for embracing spirit and constantly adding value and loving on his RA community.

The Realty Austin Golden Hard Hat award recognizes individuals who go above and beyond our mission to give back by volunteering on all of the Habitat build days. Jeffrey Schnabel, and Paco Bertsch were this year’s recipients who stepped up to heed the call and serve all day every day of the 8th Annual Habitat build. Logging more than 80+ hours on the construction site, these two agents showed up bright and early with a grateful heart and rolled up their sleeves to ensure the success of our Habitat build.

The Realty Austin Heartbeat Award recognizes an agent who embodies the company’s culture with whole heart and soul, and has made an outstanding contribution to Realty Austin’s mission, vision, and core values. Work hard, play hard, give back is in their blood and beats through their hearts. Peter Van Kooij was selected as this year’s recipient, for showing up in full spirit at all events night and day! Whether it’s professional or charitable, he can always be counted on and a friendly colleague to everyone.

Realty Austin’s Unsung Hero award is presented to a staff member who works tirelessly behind the scenes to help agents in ways that make a huge impact or outstanding significance to the company. The company’s Accounting Director, Penelope Kemper was honored for her grit, courage, and self-sacrifice to the company over the past year. She seamlessly orchestrated and managed the build-out of three state-of-the-art “offices of the future” simultaneously – all while navigating her demanding day job of leading a very happy and productive accounting team.

Realty Austin’s Most Valuable Player award recognizes an agent or staff member who made the most outstanding contribution to Realty Austin as a whole. The company honored Karissa Smith, for consistently going above and beyond. She is continuously adapting, action-oriented and has been instrumental in helping to push team projects over the finish line.

For the grand finale, the Realty Austin Humanitarian Award went to Ashley Brinkman, as she has made an outstanding financial contribution to our mission of supporting local charities that accommodate the housing needs of low-income families in the Austin area.

Work at Realty Austin
We didn’t just build a company. We created a place for people to work together, inspire others, find support and realize their dreams. Are you getting everything you need to reach your full potential? If you’re serious about your business and want to become the best agent you can be, contact us today!