Austin, TX – Central Texas Table of Grace was formed in 2014 by Stacy Johnson, a former foster child, who recognized the need for a quality shelter for displaced children and young adults in the foster care system. Headquartered in Round Rock, Texas, the nonprofit’s mission is addressing the critical need for emergency housing and care for displaced children and youth through local initiatives and targeted outreach programming, coupled with best practices in management and accountability. They are dedicated to helping each child reach his or her individual potential by encouraging wholesome habits such as perseverance, focusing on goals, and personal responsibility. These are skills the youth will carry into adulthood that will give them a platform to succeed.

Stacy’s heart and the program have recently expanded to providing services to young adults that age out of foster care. Grace365 was launched in 2020 to help foster kids from ages 18 to 22 move into a place of their own while still providing support and life-skill services. This year they plan to expand the program by breaking ground on a tiny home village, housing those that age out of foster care. With 20% of foster kids becoming instantly homeless after turning 18, Stacy is getting to the root of homelessness and providing hope for the future with the Grace365 program.

Central Texas Table of Grace has seen first-hand the heartbreaking outcome of young adults aging out of foster care. Statistics show much higher instances of early pregnancy, homelessness, addiction, incarceration, and unemployment for kids leaving foster care with no guidance, resources, or support.

Launching in 2020, “Grace365” is a supervised independent living program for kids 18-22 who have aged out of foster care. Phase 1 of the program, which is already in progress, involves leasing an apartment and connecting the youth with a home, existing services, mentoring, and guidance. Phase 2, is the long-term goal that Stacy hopes to kick off in Summer 2021. This phase will include creating a Tiny Home Village, complete with all the amenities of an upscale apartment community. There will be a community center where meals will be provided a few times a week, an office and print center, a computer lab, a gym, a garden, and an on-site doctor’s office. There will be mentoring, education, services, and jobs for the residents right there in their own community if they choose.

How You Can Make A Difference

The generosity of the community has made Stacy’s dream of operating a nurturing children’s shelter a reality. Strangers and organizations with giving hearts have been the backbone of Central Texas Table of Grace. Donors and supporters directly impact the lives of children and young adults and help bridge the gap between what the state provides and what the kids deserve in order to be properly cared for. Here is what you can do to get involved:

Q. Tell us about Table of Grace and Grace 365 and how you got started developing the organization

It’s just been an incredible journey and I just couldn’t have done it without my amazing community and, and amazing businesses like Realty Austin. When I opened, it was like a real life miracle that happened. I mean, when I decided to open, 18 months after I said “I’m doing this” it happened. Real life miracles, like big, huge stuff like that doesn’t always happen so it’s been amazing.

Q. How has the organization grown over the years?

A: One of the things that was really difficult for me was creating an emergency shelter program. What that’s designed for is basically to give the kids a safe place to stay while they’re looking for a more permanent option, like a foster home or something like that, obviously that’s the ultimate goal or reunification with the family.

There’s a placement  crisis in Texas. There’s not enough places for these kids to go. Kids are really only supposed to stay in an emergency shelter for 90 days or less. We noticed  that the kids were staying longer and longer. We’ve had kids up to a year before. We decided very early on about a year after opening that we really had to beef up our program.

We’ve really expanded our programming and not only that, but we really try to make it fun so that they can be a kid. So many of these kids have not had a chance to be a kid they’ve been taking care of a drug addicted parent or taking care of themselves because they’re not being taken care of and, or taking care of siblings.

One of the most heartbreaking things for me was when kids would actually age out of foster care in our shelter. So they would turn 18 while they’re in the shelter and they would say, “Can I just stay here?” It makes me cry just saying that. We have to tell them “No, because you’re 18 and considered an adult now.” They couldn’t stay in the program after they’re 18 so I decided to fix that. I wanted to make sure that we could help these kids transition to a successful adulthood because there’s not a lot of programs and services and things for these kids when they age out. I wanted to be part of that solution for the kids that age out of Grace because we’ve already built this amazing relationship with them. This was how our new program, Grace365, came to be. It’s about coming alongside you and helping you achieve your goals.

Q. What are your hopes for Table of Grace/Grace 365 for the future

A:  When I toured Community First! Village, which is that tiny home village for the homeless, I was so inspired. I was like, we need this for kids aging out of foster care, what an amazing community. So that’s what inspired me to do Grace365 Phase 2. Of course, that’s a multi-million dollar project to create a tiny home village like that but I didn’t want to wait to do that. I wanted to start helping kids now. I started to sign leases on apartments so that we can start helping kids. Now, while we work on that ultimate vision of getting some land in the Round Rock or Hutto area, and part of that vision is also to move the shelter so that we can save about $80,000 a year on rent and become more sustainable with our current programming.

Q. How can the community get involved in supporting the initiative of providing safe housing for children in foster care?

A: The community can get involved, especially now with Grace365, there’s so many amazing opportunities. Volunteering to furnish our apartments, donating storage space to collect household items, donating toilet paper, paper towels, you know, hygiene products, things like that, so that the kids can focus and, and save their money and not have to worry about those things. We’ve also discussed volunteers for meal deliveries once or twice a week.

Right now for the shelter, if you go on our website, you can view our Amazon Wishlist and purchase items, sometimes it’s specific requests for each child. We’re actually going to create a separate Wishlist for Grace365, which will likely have stuff on it like little coffee makers, blenders, etc… So when we’re furnishing those apartments, it’s not such a big ask for someone to come furnish it.

Q. What is the most rewarding part of working with the children at Table of Grace?

At 15 I went into a group home and there was a therapist there and his name was Russ Hanson. I remember telling him at 15 years old I want to get legally emancipated by the time I’m  16. Instead of laughing me out of his office, he said, “You know what? It’s a big deal, being a grownup. It’s harder than it sounds, but I know you can do it and we’re going to have to get right to work.” He bought me this book called The Seven Habits of Highly Effective Teens. That book talks about being proactive instead of reactive, beginning with the end in mind, writing down your goals.

In foster care, your self-esteem is torn to shreds bit by bit. Every time you have a move, you really feel like you have no control over your life. You start to think that nothing that you do matters and it just tears you down. Sometimes it’s difficult to overcome that. When I started to set these goals with Russ, I got a job and I started to do these things on my own. My self esteem came back. It was like magic. It was like, I could write something down that I wanted, I could do some stuff and the thing would happen. I thought, oh, I have control. I can do this.

So many of these kids are in foster care through no fault of their own. To help them see that they can succeed and what they want matters and that the things that they do matters. To see them set a goal and achieve it is the most rewarding thing for me. When they actually see, hey, I can do something, I can do this and I matter, that is really the best part. I just can’t wait to see more of that because with Grace365, we’re going to get to have a long-term relationship. We’re not just a shelter. They’re not just leaving after three months. We’re going to get to really pour into these young adults and help them succeed. The future is going to be great. 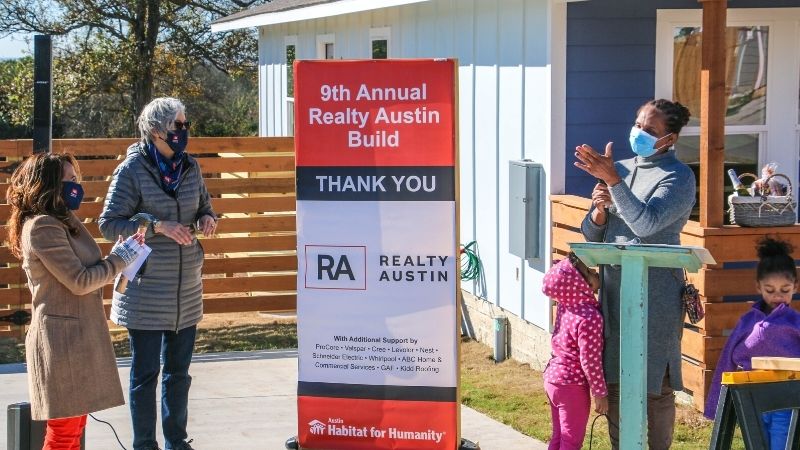 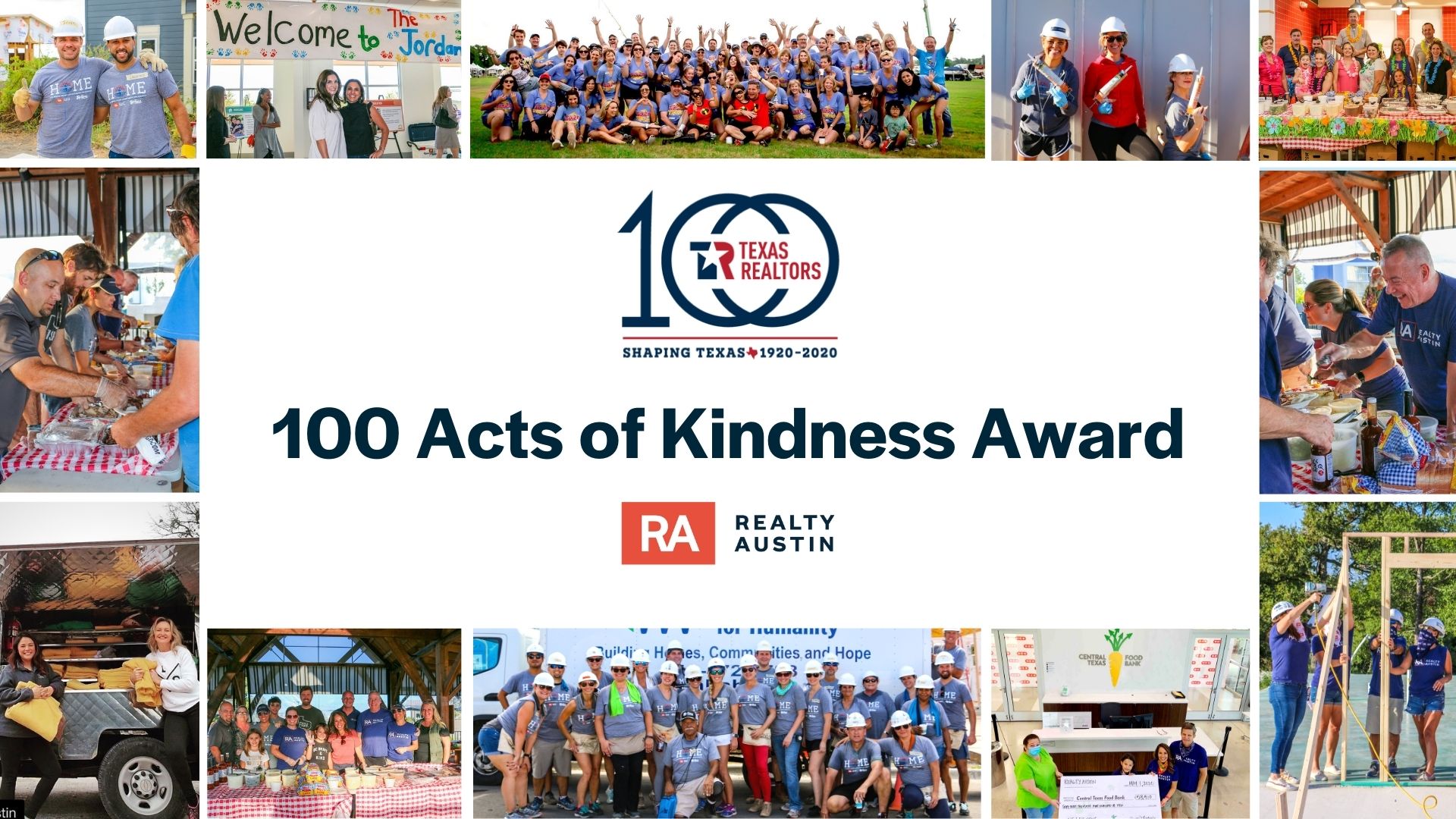 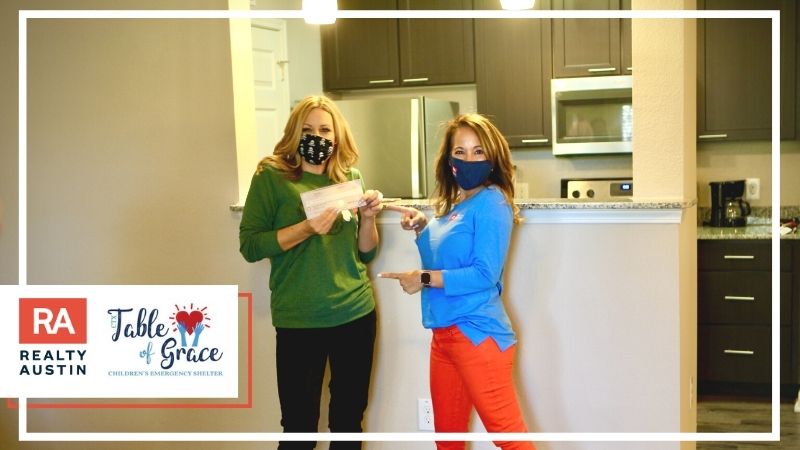