Every year, Fantastic Fest gains more and more attention from mass media as one of the best film festivals in the U.S. Actors, filmmakers and horror cinephiles from all over the world flock to Austin to see premieres of some of the best horror, sci-fi, action and simply fantastic-genre films before they hit mainstream theaters. While the fest began as an effort to show exploitative films not available to mass audiences and with unknown cast and crew, some of this year’s screenings include premieres of films already prepared for mass distribution with A-list casts, including the premiere of "Stone" with co-stars Edward Norton and Robert De Niro. "Stone," with its mass appeal, will hit theaters next month (not the typical life of a Fantastic Fest film). With its wide release reducing its authentic appeal, Fantastic Fest appeased its hard-core festival goers by having a red caret event with a Q&A with Edward Norton after the screening, definitely the coolest way to see any film. Whether it’s wide release or not, Fantastic Fest still manages to make it a once-in-a-lifetime event.

Along with a red carpet premiere of "Stone" with Edward Norton as the guest in attendence, other famous actors who attended this year’s Fantastic Fest include Ryan Reynolds, actor in "Buried"; Josh Hartnett, actor in "Bunraku"; Bill Pullman; Ryan Kwanten, actor in "Red Hill"; and Roger Coreman, producer of "Sharktopus." Not all celebrites at the festival go to promote a film. Some go to enjoy the fest. Celebrity attendees without films in the festival included "Lord of the Rings Trilogy" actor Elijah Wood (pictured on the left with Realty Austin’s marketing director Brittanie Flegle).

Interested in being a part of the A-list scene in Austin, Texas? Head down to the Alamo Drafthouse off South Lamar and try to squeeze into a screening during Fantastic Fest’s second-half before it ends this Thursday, September 30, 2010. 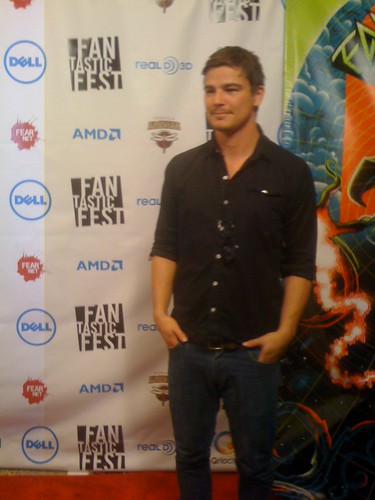 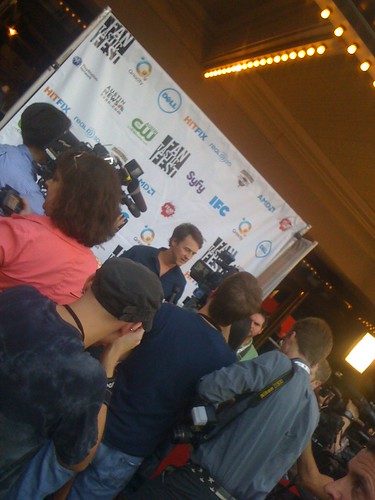 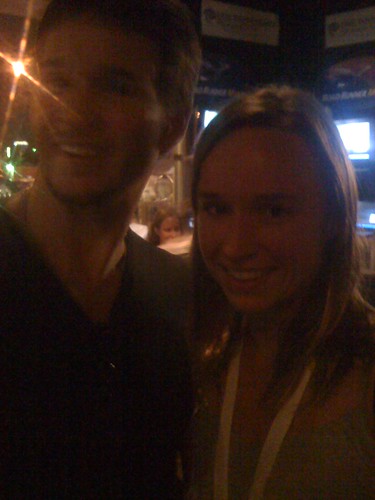