Read time: 3 minutes
One of the main things Austin, Texas is known best for is how hot it gets every summer. And even though it’s only July, temperatures have already crept into triple digits, and it’s only going to get warmer. Luckily, there are plenty of ways to beat the heat if you know what to do; which is why we’ve made a list of the 10 best ways to cool off around the city. 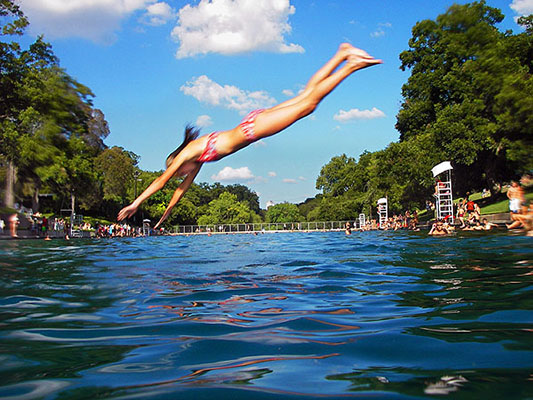 This is an Austinite favorite. The natural springs remain at brisk 68-degrees all year-round, not to mention that it’s known for being a fun all ages hangout. Featuring a diving board, both shallow and deep ends, and lifeguards on duty from 9 am – 8 pm, Barton Springs is a must-attend staple for the summer. 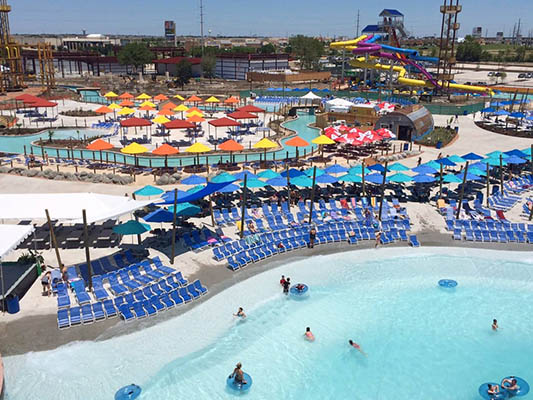 Located 15 miles North of Downtown Austin, Hawaiian Falls is the newest addition to summer fun in Austin. Being a brand-new water park in Pflugerville, Texas, it has its own wave pool, lazy river, and multiple water slides. So if you’re looking for something fun to do with the kids, this is a sure-fire way to have a great time. 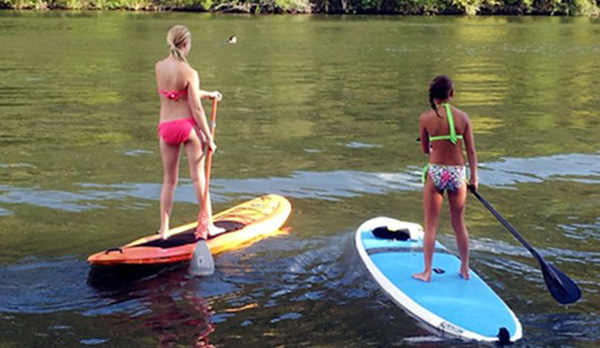 Ever wondered what people on surfboards were doing on Lady Bird Lake? They aren’t trying to catch any gnarly waves, but are actually stand-up paddle boarding, which was recently recognized as the fastest growing water sport. In fact, stand up paddle boarding has become so popular that it has made its way into the hearts of Austinites all over; leading to many people now offering daily rentals and newbie lessons on Lady Bird Lake. 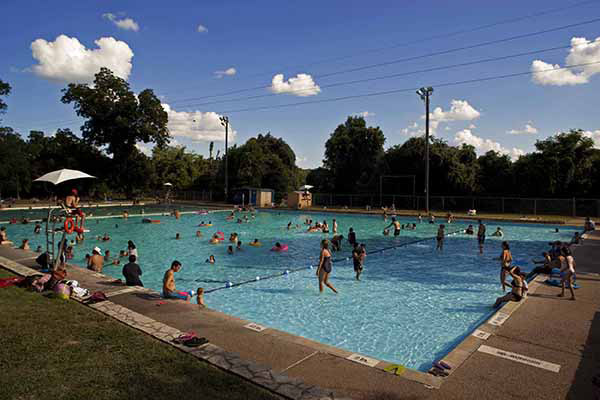 Keeping Central Texans cool for almost 100 years, Deep Eddy is the oldest swimming pool in Texas, and is on the U.S. National Register of Historic Places. Deep Eddy Pool is open daily all summer long with $1-$4 entrance fees per person. 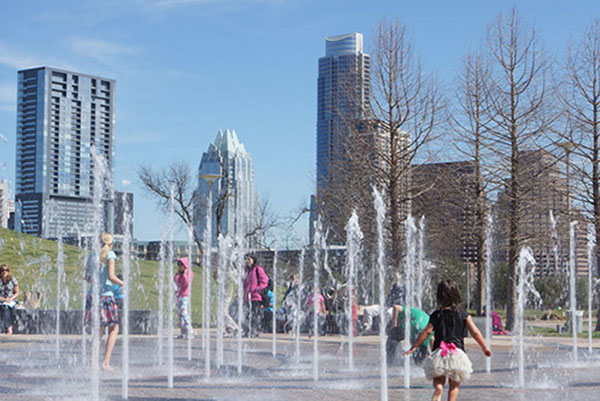 If you’re looking to beat the heat on a budget this summer, Austin has 10 free splash pads around the city. Scattered across different Austin neighborhoods, every city-owned splash pad is open from 9 am – 8 pm. 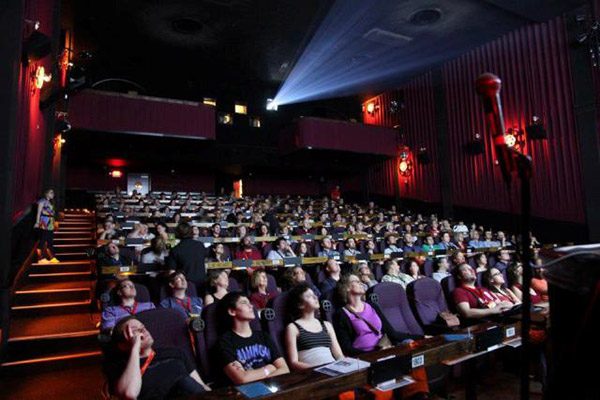 Staying cool can also mean staying inside, which makes the four Austin-area Alamo Drafthouses perfect for summer. Whether you want to see a new blockbuster or a cult classic, Alamo Drafthouse provides great food and a wide range of beverages. 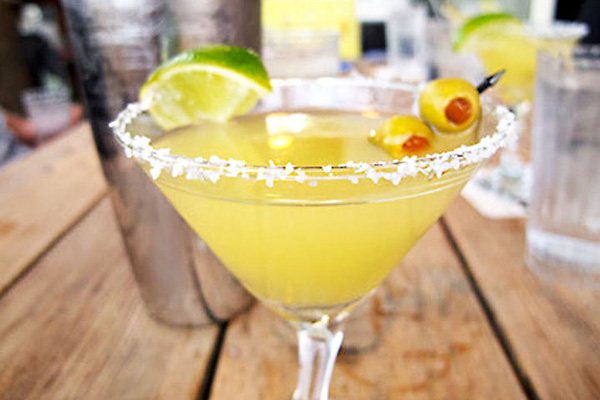 Frozen margaritas are a staple of any good happy hour in Austin, which of course is the hottest part of the day. Although Austin can’t claim the invention of the frozen margarita, Tex-Mex restaurants across the city continually re-invent it. However, if you are more of a margarita traditionalist, nothing beats the Trudy’s $3 famous house margaritas during happy hour. 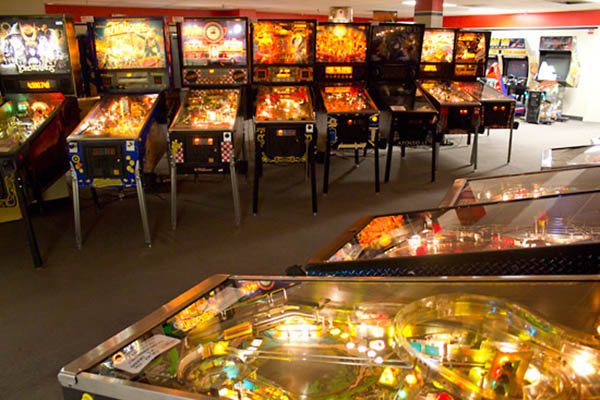 For those who crave air conditioning and arcade classics, Pinballz Arcade on 183 and Burnet Road is for you! Pinballz has just about every game imaginable from classic arcade games, redemption games, to multiplayer games – they have it all. They are even open late every night this summer. 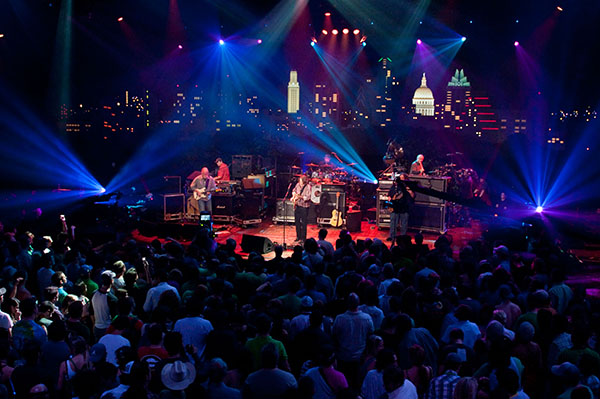 Before there was the Austin City Limits (ACL) Music Festival, there was a television show that showcased great music called ACL Live. They still offer tickets to tapings of different musical artists every week in the Moody Theater, located in Downtown Austin. This summer they are featuring artists such as: Sarah McLachlan, Counting Crows, and Panic! At The Disco.

The 101X Summer Cinema series (located outside of Central Market on North Lamar) screens fan-favorite movies for free, every other Wednesday at dusk (around 8:30 pm.) The 2014 summer movie line-up includes: Jurassic Park, Independence Day, Ferris Bueller’s Day Off, The Goonies, and Back to the Future. Bring a blanket and get there early for good seats!

No matter what you decide to do this summer, you will have a marvelous time because you’re in the greatest city in the world: Austin, Texas!