Read time: 3 minutes
Living in Austin, you gain certain experiences similar to others living in the same town.
For instance, you might think that every Austinite has been to Barton Springs, but you’d be surprised at how many Austinites have managed to avoid the Springs over the years.Well, this post is for such an Austinite – the ones who have been here for a while but may have missed out on the particularly “Austin-y” things that make up the collective experiences of tried and true Austin townies. 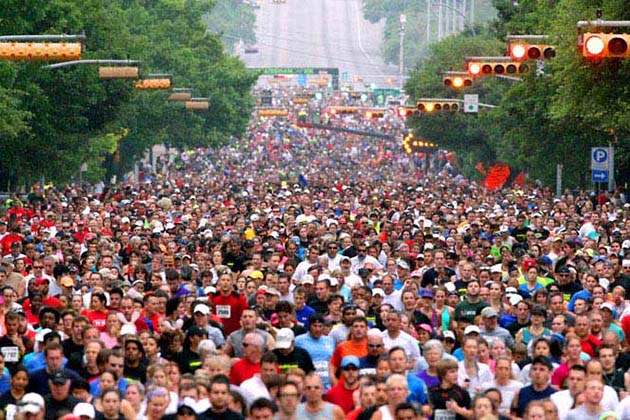 The largest 10K race in Texas and one of the top 10 in the nation. The course weaves through downtown and parts of central Austin with live music and supporters along the way. Cross the finish line in Butler Park to a party full of refreshements and entertainment. 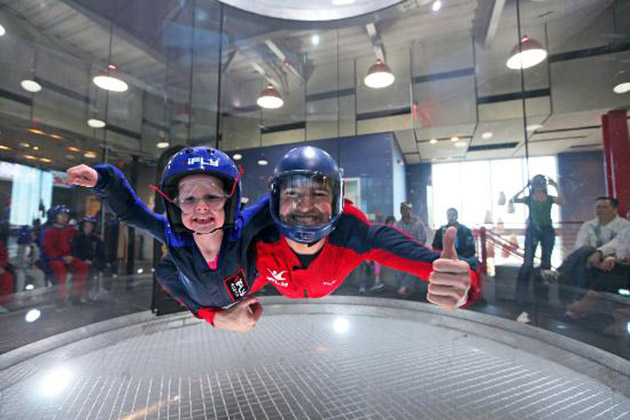 Indoor skydiving creates true free-fall experience, just like skydiving, without having to jump out of a perfectly good airplane. iFly’s vertical wind tunnel generates 1,600 horse power from 4 powerful fans, creating a wall-to-wall cushion of air on which you can safely float. 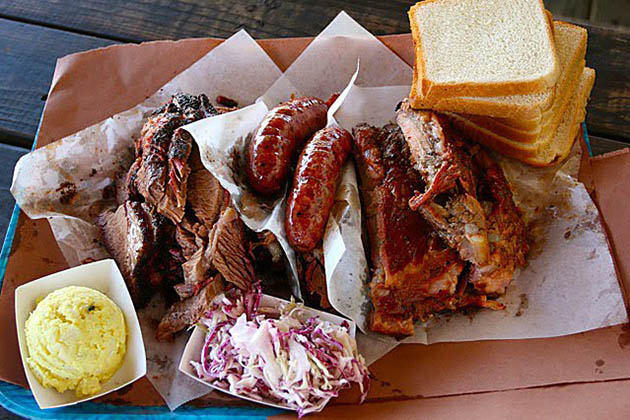 Without a doubt, Franklin sells the best barbeque in Austin, and quite possibly the world. Its popularity has gained a tremendous amount of attention over the years, resulting in the notorious Franklin BBQ Line, which features its own twitter account. The concept is simple: Arrive early and wait in the line for their delicious meat. 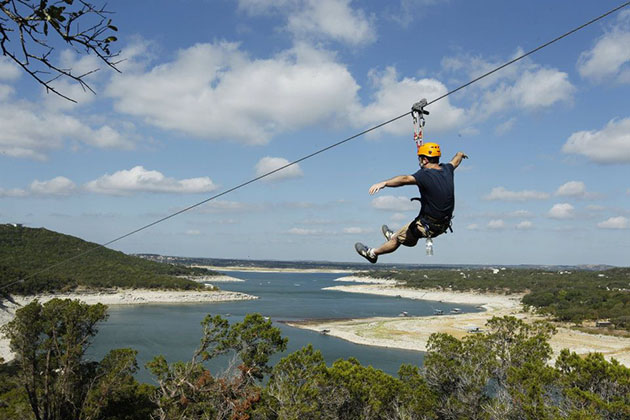 Featuring five zip lines and 20 stories high, race your friends across ½ mile of pristine beaches, water sports and beach games below. Bring your coolers and picnic baskets, and enjoy an entire day of fun on Lake Travis.

5. Experience a Different Kind of Bingo 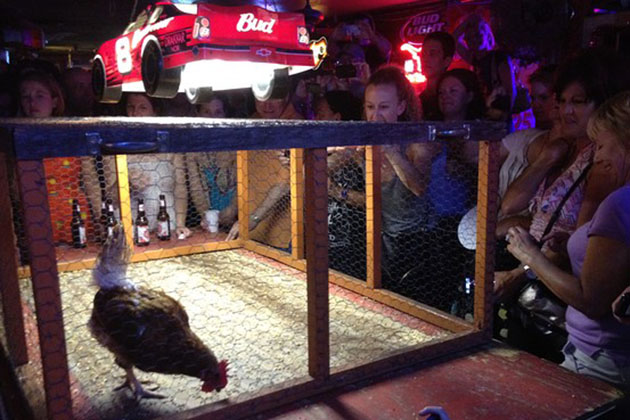 For many years on Sundays, Austin locals have scurried up Burnet Road for a “keep it weird” version of Bingo that involves chickens, chicken feed, and what happens after chickens eat. For $2 you get a ticket with a number on it that corresponds to a number on the table. Ginny unleashes the chicken and the crowd waits for it to poo on a number. When the lucky owner of that number is “chosen”, winners rejoyce and can win some cold, hard cash! 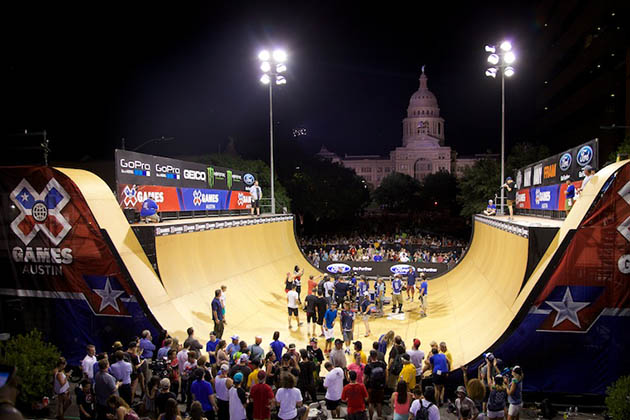 Last year, more than 160,000 people went to four days of competition at 1,500-acre COTA racing track. Don’t miss out on their second X Games that will include interactive activities, games and concerts.

Hidden for over 10,000 years, Inner Space Cavern is one of the best-preserved caves in Texas. If a cave tour doesn’t interest you, there’s also a playground, a mining area, gift shop and several displays of fossils that were found right in the cave.

8. Take a food tour of Austin 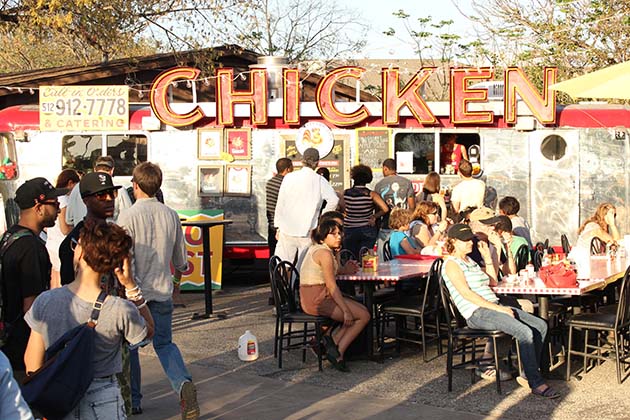 Featuring both a walking tour or bus tour, experience this event that highlights local Texas born food estblishments throughout Austin. Each lasting approximately 3-4 hours in length, sample some of the best local eateries that Austin has to offer.

9. Sing-a-long at the Alamo Drafthouse Cinema 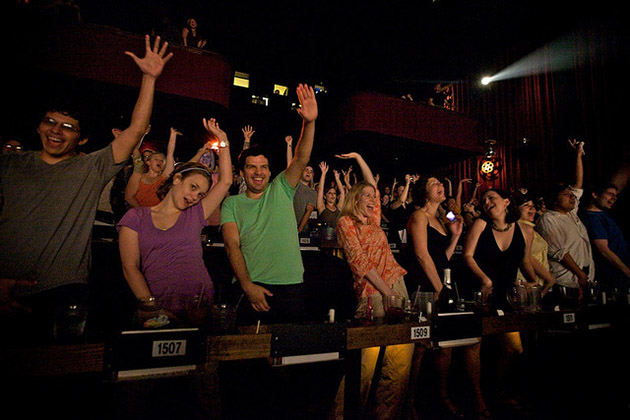 Black Swan Yoga provides a challenging 60 minute Hatha Yoga class practiced in a heated room. This class is designed to systematically work your entire body, cultivating focus, stamina, strength, and flexibility. If you can’t stand the heat, get out of the…yoga studio!

Comments
austin restaurants, outdoors adventures, things to do in austin